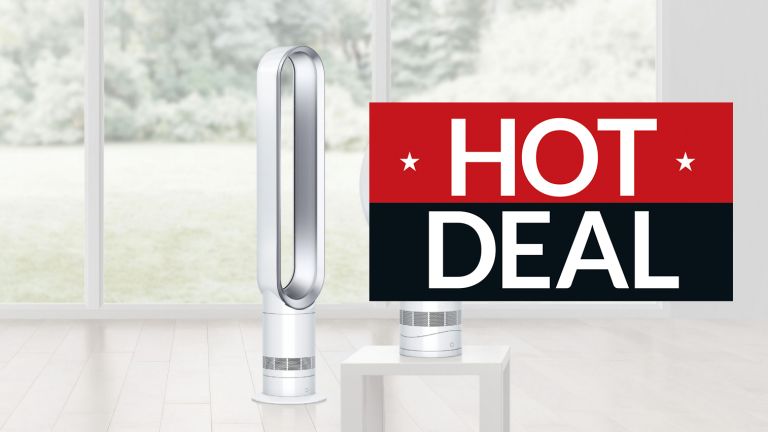 As the summer temperatures have reached hot, hot, hot, people are rushing out to buy fans to cool themselves down, down, down, and in the UK Currys has seen its fan sales increase by 200% as a result.

And with the heatwave set to continue, the electrical retailer has cut prices on a selection of its fans, and that includes Dyson fans. (Amazon has also slashed prices on fans this week, so you have lots of cheap fan choices.)

Apparently, yesterday was the second biggest day in Currys' history for fan sales, and we're guessing that as today is even hotter, then sales could well be higher. Does that mean they're about to sell out and we're about to enter a – perish the thought! – fan shortage? Who knows, but with the hot weather forecast to continue you might want to grab a cheap fan sooner rather than later.

If you place your order today, you can it delivered to your house or, if it's in stock at your local Currys store, once you've ordered it you could swing by on the way home and be enjoying that sweet, cool breeze TONIGHT. Doesn't that sound nice?

Here's a selection of popular fans on sale at Currys right now.

Dyson AM09 Hot & Cool Fan Heater | £349.00 | Save £50.00
The Ferrari of fans, this Dyson fan cools in the summer and heats in the winter with 2000 Watts of power, a nine-hour timer and remote control. It features bladeless Air Multiplier technology, and it's light enough to be easily moved from room to room, with a pivoted touch-tilt option so you can direct the airflow. A great thing about this fan is that it will be useful in the winter as well as the summer, so it's a great investment.View Deal

Status 29" Tower Fan | £29.99 | Save £30.00
The Status Tower Fan is designed to save space while providing that cooling breeze during summer months and at £30 it's a bargain. The fan offers three speed settings and oscillating function so you can adjust it to suit the level of cooling you want.View Deal

Logik 14" Floor Fan | £29.99 | Save £30.00
Featuring 65W of power and three settings this floor fan rocks a traditional retro look as well as a tilt feature so you can angle the air flow upwards.View Deal

And Amazon is also offering up to 30% off swimming pools and hot tubs right now.