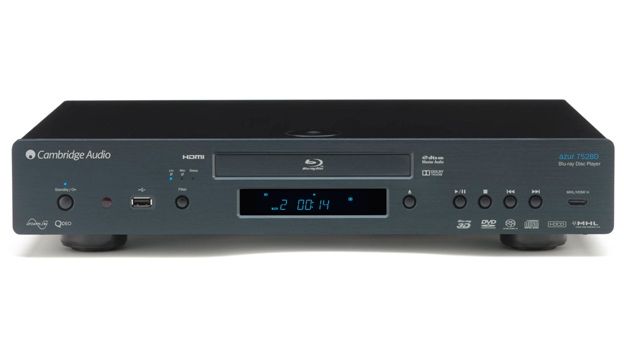 Cambridge Audio is famous for producing some of the best audio kit available. It's latest feature packed 3D Blu-ray player adds to the impressive mix

Cambridge Audio has unveiled the 752BD 3D Blu-ray player, a 2013 update to its already highly-acclaimed 751BD with new networking features as well as more connectivity options.

Capable of playing almost any disc format including 3D Blu-ray the 752BD now comes with three USB ports as well as two HDMI input ports with the front port being MHL compatible and two rear HDMI outputs for TV and projector.

To upsample the audio Cambridge Audio has used a staggering five Wolfson Digital to Analogue Converters to make sure that no matter what audio to give it the 752BD gives you the best possible sound.

YouTube and Picasa are also available thanks to the 752BD's Wi-Fi and wired connection, whilst Marvel Qdeo video processing technology handles Full-HD upscaling along with 4K playback.

Finally some huge increases in processing power means the 752BD is one of the fastest loading Blu-ray players available and with a completely updated UI it should be a breeze to use.