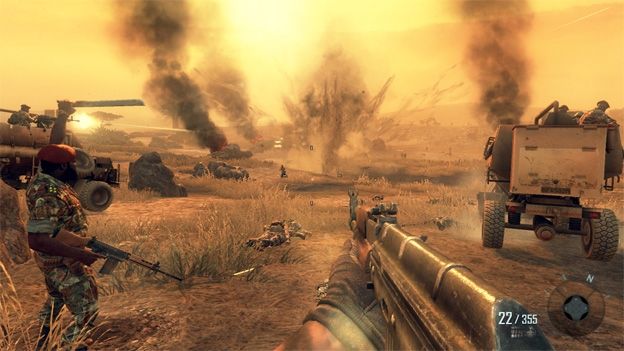 Call Of Duty: Black Ops 2 takes out Hitman Absolution to retain the top position in the UK games sales charts

The hype surrounding Agent 47's much heralded return to games after a six year absence hasn't been enough to unseat Call Of Duty: Black Ops 2 from its position as the UK's top selling game. Hitman Absolution, the first Hitman game released by IO Interactive since 2006's Hitman: Blood Money, enters the charts at second position, with Black Ops 2 in first place and FIFA 13 grimly hanging onto third place.

The only other new entry in the games chart this week is the superb LEGO: Lord Of Rings, in which dependable developer brings their block smashing action to Middle Earth. The only other new IP to make a notable entry into the charts is the PS3 exclusive, Book Of Spells, which debuts in twentieth place. The rest of the top 10 videogames sales chart shapes up as follows: