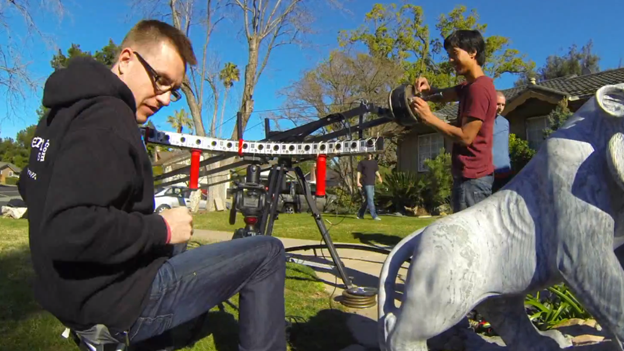 A US-based film company has combined 15 GoPros together in a arch to create a home-made bullet time rig for a fraction of the price a full size set up would cost.

Permagrin made the video, featuring a number of different recordings, including sports, a band, and them goofing around in a pool. It still isn't perfect, with a number of frame mismatches resulting in some movement. However, Permagrin's Marc Donahue has promised that a fix is in the works.

While still not cheap (you're looking at around £4,500 just for the GoPros), it is still a lot cheaper than existing solution – and just as cool.

The video is below...