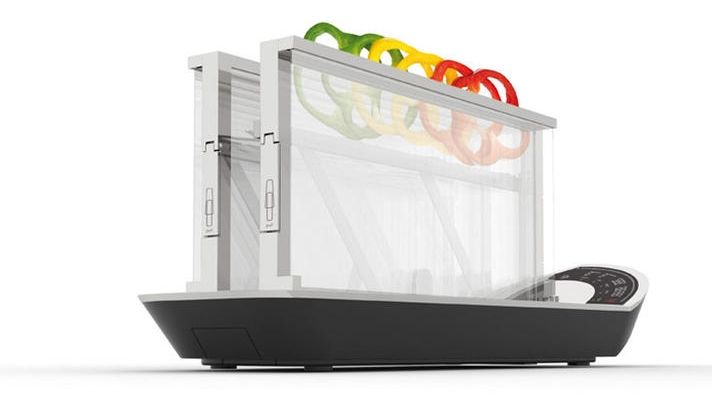 Supercar maker Bugatti has turned its hand to a new arena… toasters.

The Bugatti Noun is a see through toaster with a difference – it doesn't just make toast. Unveiled at EuroCucina 2014, the toaster is made of glass that can conduct heat.

According to the car maker, the ceramic sides of the Noun are abile to conduct heat, cooking anything that comes into contact with it.

That includes anything that will fit in the slot, from pizza to shrimps, steaks to fingers (if you're clumsy).

The toaster – if we can call it that – uses heat-resistant bags – to cook a wide variety of food. The company has been showing off the device cooking various things at the trade show.

As if that wasn't cool enough, Bugatti have also confirmed that the toaster will come with an app.

It hasn't quite gone into detail about what that app will do, but it's a safe bet it will be able to tell you the temperature and provide cooking timers at the very least.

Nor has Bugatti said which platforms it will be available on.

There's no word on price, but it should arrive in Europe before the end of this year. US gadget fans will be able to get their hands on it in 2015.

We'll bring you any more once it pops up.