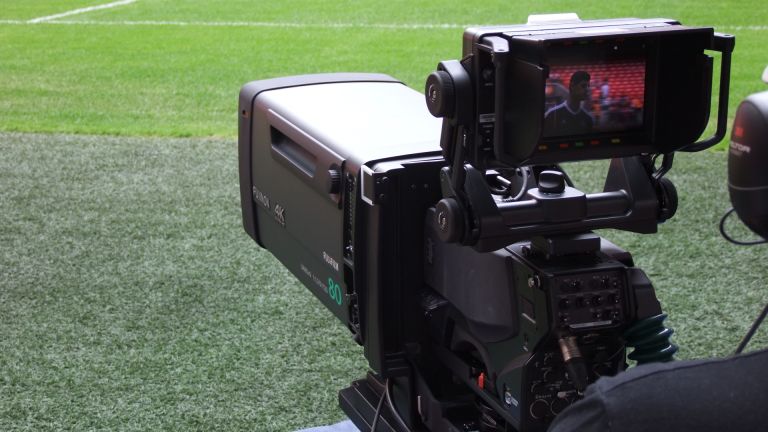 At the weekend BT Sport launched the first ever live Ultra HD channel in the UK, BT Sport Ultra HD. The opening salvos of the new footie season were fired between Arsenal and Chelsea, all filmed in the new super resolution at Wembley's Community Shield.

It was a weekend of firsts for BT Sport, on the two year anniversary of its launch. Not only was it the first live UHD broadcast in the UK, BT Sport was also using brand new Sony and Fuji 4K camera technology too.

We spoke with Delia Bushell, Managing Director of BT Sport, before the match about what the birth of broadcast UHD means for BT and what it means for the high-end TV manufacturers and the industry in general.

“To have some Ultra HD content - and particularly live sport - that's probably the strongest content you can now have to start giving customers a reason to go out and buy,” says Bushell. “When everyone moved from SD to HD it was very much sport that lead the push. So I think it will be the same for Ultra HD. Live sport is always where it crystalises the step-change in the viewing experience.”

Having fresh, live UHD content is a massive boon for the TV makers looking to provide a genuine reason for people to opt for an Ultra HD television. Content has been the biggest problem in the push for 4K UHD adoption - the TVs themselves are great, but without the native content consumers will quickly grow frustrated.

It's telling though that it's BT Sport who is leading this technological advancement. With Sky having been badly burnt by the failures of 3D, especially on the live sporting side, BT Sport has a clear run at the UHD angle right now.

There are reports of a new Sky Ultra HD box on its way, but it hasn't officially announced anything either on the hardware side or on a UHD update for its channel offerings either.

“For BT Sport to come first in launching Ultra HD for us is a real milestone,” Bushell told us. “And for the set top box manufacturers it's been a real boost.”

But the Ultra HD content isn't being limited to live sports broadcasts - it is also in the process of getting Netflix on board too.

“We're working with Netflix to get their Netflix 4K service up and ready,” said Bushell. “We're just in the technology development stages at the moment, so we haven't set the final date yet. But it will be coming soon, as soon as we've got it ready.”