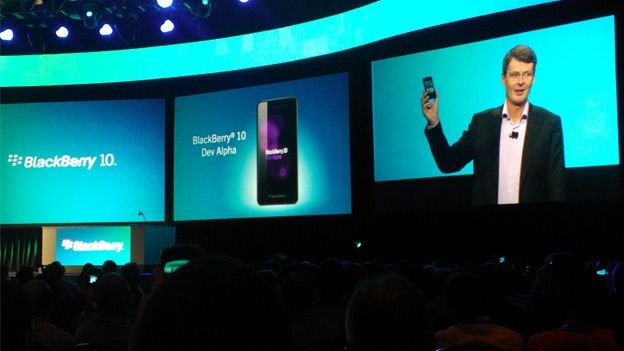 RIM and BlackBerry have revealed a small glimpse of BlackBerry 10, the new QNX based operating system that will be replacing BlackBerry 7.

With always-on multi-tasking the Blackberry 10 OS allows users to always access their notifications by simply swiping across the screen, this can then be used to swap applications as well with a graphical UI that looks similar to turning a page.

The keyboard has been completely updated for touchscreen handsets with fluid 'swype-style' predictive text and the ability to 'throw' predicted words up into the copy.

The camera has also been given a huge overhaul with users able to take a picture and then select an aspect of the photo and 'turn back time' by moving a slider across the screen.

At present we've only seen a very early version of the homescreen and it appears to feature large interactive tiles which can be pulled into fullscreen implying they run fully in the background.