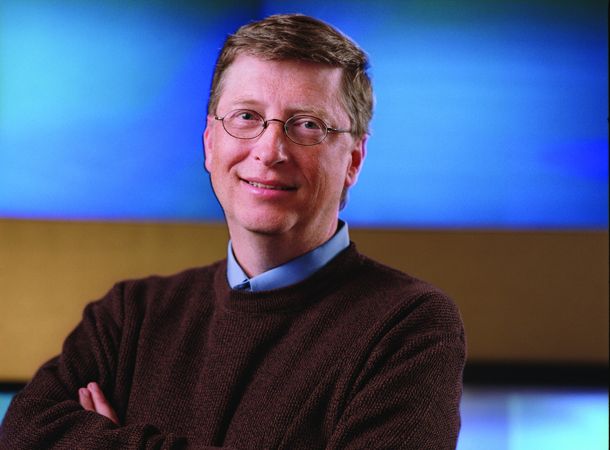 Bill Gates is, we presume, a very busy man. Along with serving as chairman of Microsoft and running the Bill and Melinda Gates Foundation, the world's second richest man gave some very interesting answers to a Reddit Q&A he hosted on Monday.

Of course, much of the chatter was to do with Gates' philanthropic efforts - which is his first priority since leaving Microsoft in 2008, but he doesn't shy away from views on current tech trends:

"Robots, pervasive screens, speech interaction will all change the way we look at "computers". Once seeing, hearing, and reading (including handwriting) work very well you will interact in new ways..," he said, answering a question about which emerging technology will create the same kind of stir that the PC did when he started out.

While Gates admits that he doesn't have much time for writing code anymore (besides the occasional C or C#) he does enjoy playing tennis, bridge and skiing. Although, he says he jumps over chairs "less than I used to."

Inevitably, one question dealt with his relationship with the late Steve Jobs.

"He and I respected each other," Gates said.

"Our biggest joint project was the Mac where Microsoft had more people on the project than Apple did as we wrote a lot of applications. I saw Steve regularly over the years including spending an afternoon with him a few months before he tragically passed away."

During the entire Q&A Gates appears candid and engaging and even posts a picture of himself with an 80-inch Perceptive Pixel display - which he describes as a huge Windows 8 touch whiteboard.

We'd recommend reading the entire post for yourself, that way you can even find out what Bill's favourite book is.