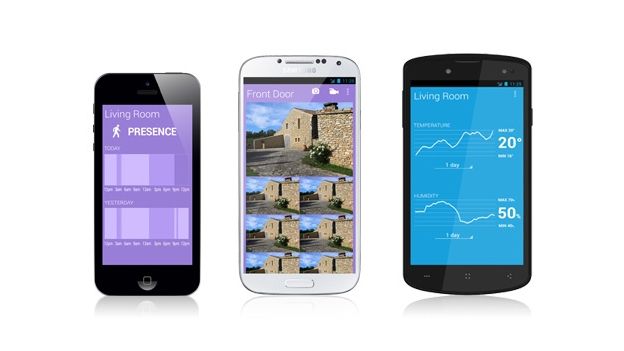 Archos has launched its home automation control it debuted at CES earlier this year.

Archos unveiled its Smart Home range of 'connected objects' that include motion sensors, mini cameras, alarms and smart plugs. The company sees that market as one that will grow fast over the next few years.

All of those gadgets are connected through a central hub made by Archos. That central hub is an Android tablet called the Smart Home Tablet.

The French company believes that gadget fans will prefer scalable solutions that they can add on to as time goes on instead of all in one packages.

The movement sensors can detect motion and door openings, while the weather sensors can turn your heating on or off.

Other gadgets arriving later this summer include a smart plug to control power supply, a siren to serve as an alarm and a motion ball to detect movement.