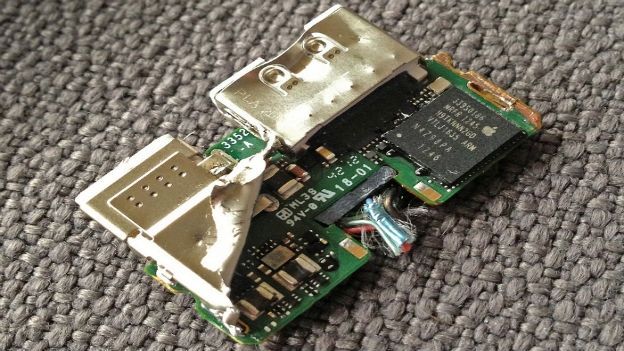 Panic Software, developers of Mac applications, have uncovered an ARM chip inside the Lightning Digital AV adapter after troubleshooting investigation

The team at Panic tore into the cable after looking into performance issues for a current project. The accessory was encountering limited resolution, lag and MPEG artifacts.

After finding an ARM SoC chip with 256MB of RAM inside, speculation has pointed towards Apple delivering its video via AirPlay streaming.

Smartphones and tablets contain these system-on-a-chip processors for example, to stream video from an iOS device to Apple TV. Testing revealed that the Lightning adapter may not be able to support 1080p over HDMI.

"All we can figure is that the small number of Lightning pins prevented them from doing raw HDMI period, and the elegance of the adapter trumped the need for traditional video out, so someone had to think seriously out the box. Or maybe they want to get as much functionality out of the iPad as possible to reduce cost and complexity."