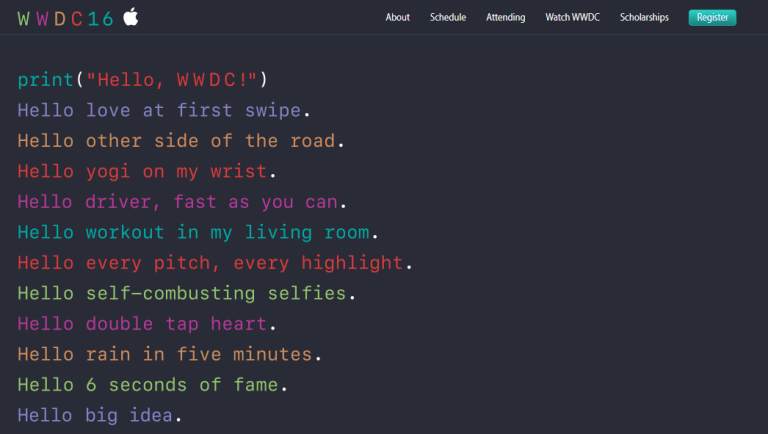 That's the interesting part, because it's where Apple talks about what's upcoming for the software that powers its devices - expect it to take place at around 5 or 6pm BST (9 or 10am PST) on Monday 13 June.

Expect news on iOS 10, OS X 12 (who knows what the follow-up to El Capitan will be called, but it is codenamed OS X Fuji), tvOS and watchOS 3 at the event which takes place from 13-15 June in San Francisco.

Rumours persist that we'll also see the Apple Watch 2 debut at the event - likely to be quite a bit thinner than the existing model.

Apple marketing head Phil Schiller says that “WWDC 2016 is going to be a landmark event for developers who are coding in Swift, and building apps and products for iOS, OS X, watchOS and tvOS.”

Swift is a programming language that can be used across all Apple platforms, so it will be interesting to see what Schiller means by a 'landmark event' for developers using that system.

In its letter to developers, Apple says WWDC 2016 activities include: