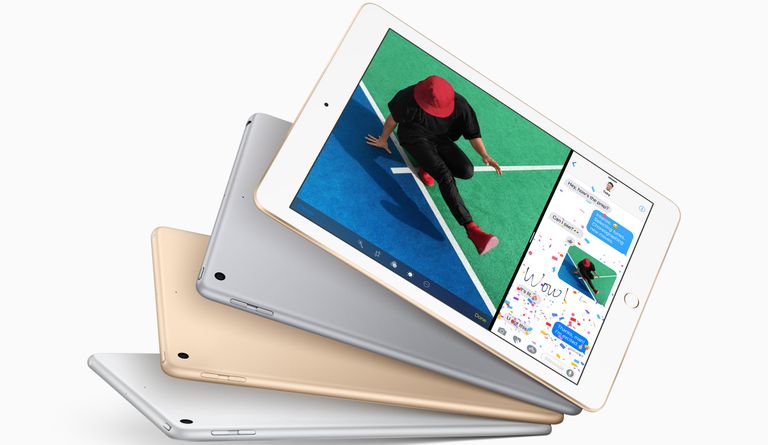 Apple has replaced the iPad Air 2 with a new iPad, referred to simply as 'new 9.7-inch iPad' or, 'new iPad', as we're sure it will be more commonly known!

Apparently the new iPad features a 'brighter' retina display as well as the Apple A9 chip (plus the M9 co-processor) from the iPhone 6S, 6S Plus and iPhone SE.

It is a bit shallower in depth at 6.1mm versus the 7.5mm of the older model but the height and width remain the same.

Check out our latest iPad deals.