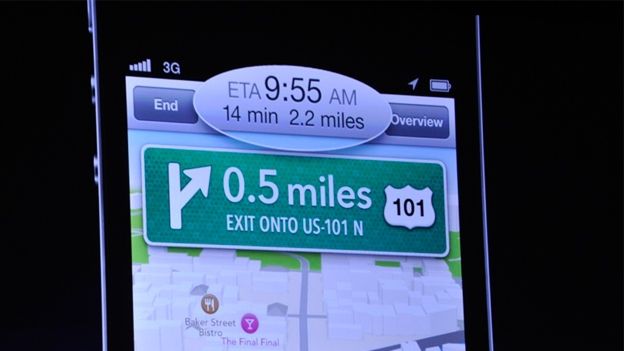 Apple did some serious reshuffling last night with the brunt of the focus being on the loss of exec Scott Forstall. It's believed he has been replaced after the slew of criticism at Apple Maps

Apple has seen the largest management shakeup since Steve Jobs died with the main cause for the reshuffle being the huge criticism that its Apple Maps service received following launch.

Senior software exec Scott Forstall has been replaced by Eddy Cue who will now oversee all of Apple's online services including Siri, Maps, iTunes Store and App Store and of course iBooks and iCloud.

Elsewhere the company has seen changes in equal measure with retail head John Browett leaving after just six months in his current position. Cnet believes his departure may have something to do with rumours that Apple's stores are suffering from cutbacks and mismanagement.

This news comes it was revealed that for the first time Apple performed below the expecations of Wall Street for two straight quarters. Before that the company also came under attack when it launched its Apple Maps service forcing Tim Cook to release a statement.

Apple most recently unveiled a new range of products including the iPad Mini, 13-inch MacBook Pro with Retina Display and the iMac which at its thinnest point is just 5mm thin.