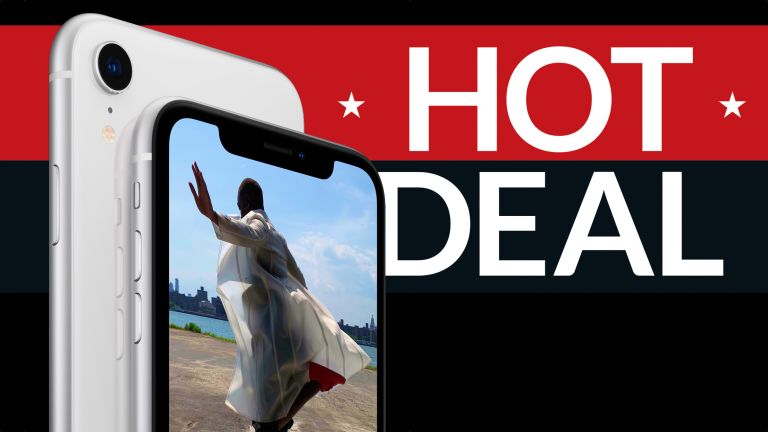 Apple iPhone XR is a brilliant phone – it sports the same all-screen design as its pricier siblings, iPhone XS and iPhone XS Max, the same Face ID facial recognition system, and the same lightning-fast A12 Bionic processor under the bonnet.

But crucially, it doesn't carry the same £999+ price tag as the other flagships in the current Apple line-up. That means there are some stellar deals out there.

Some of the best value iPhone XR deals around at the moment are on the EE network, which is brilliant news. EE has expansive coverage across the UK and still offers the fastest 4G speeds around today – not to mention a few nifty bonuses, like six months free Apple Music, and six months free Amazon Prime Video.

Both of the below iPhone XR deals are free upfront, which is a real coup for a handset that costs £749 SIM-free. They also come with a truck load of data each month, which is perfect for streaming music, watching video on your commute, or refreshing your social media feed all-day.

Apple iPhone XR on EE | Free Upfront | 50GB 4G Data Allowance | Unlimited Calls, Unlimited Texts | £41.96 a month, with automatic £25 cashback
iPhone XR is a brilliant handset with a 6.1-inch Liquid Retina Display, A12 Bionic processor, Face ID, and a single rear-camera capable of Portrait Mode shots. This deal comes with a colossal 50GB of data each month, which should be more than enough to handle Netflix, YouTube, Spotify, Instagram, Apple Music, or whatever else you can throw at it during your commute each day.
Total cost at the end of the 24-month contract: £1,007

Apple iPhone XR on EE | Free Upfront | 15GB 4G Data Allowance | Unlimited Calls, Unlimited Texts | £38 a month
If you're not too fussed about carrying a staggering amount of 4G mobile data around in your backpocket each month, this is the deal for you. This EE contract comes with a perfectly reasonable 15GB of data, as well as six months free Apple Music and six months free Amazon Prime Video.
Total cost at the end of the 24-month contract: £912

There are a number of reasons that people prefer to sign-up to a 24-month contract with EE over the competition. First of all, the carrier has comfortably the fastest 4G data speeds of any other network out there.

Given how often we all use our smartphones to stream music, video, download apps and refresh those all-important social feeds – this is a major benefit.

But it's not just speed, EE offers customers a data gifting scheme that means you can send any leftover data at the end of the month to a loved one who needs it. If you've already got relatives or friends on the network, it could be a good time to join.

You'll also get access to Wi-Fi calling. So, if you're in a 4G signal blackhole – like waiting on the platform of the London Underground, for example – but you have access to Wi-Fi – access to the tube Wi-Fi is included with EE contracts – you can send as many text messages and make calls to your hearts content.

Finally, another very prominent reason to pick EE over its rivals is the entertainment freebies. Sign-up to the network and you'll be able to take out free six month subscriptions with Amazon Prime Video, MTV Stars and Apple Music. On top of that you can get free access to BT Sport for three months. Plenty to keep you busy with on your commute in the morning.