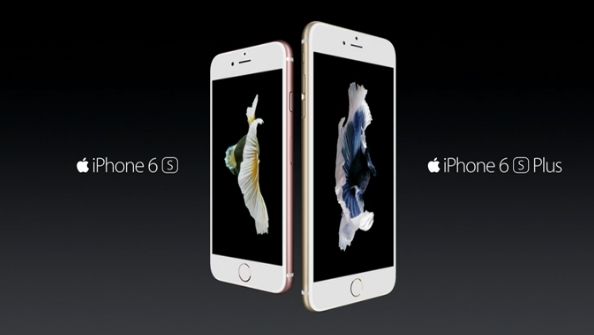 Tim Cook has just taken to the stage at Apple's annual iPhone launch and general let's-pat-ourselves-on-the-back event to reveal two expected iPhones, though he made us sit through a lot of stuff - including a stage invasion by Microsoft - before we got to the good stuff.

To the surprise of no one except for a few hermits living on an island, the iPhone 6S was announced, and it comes with 3D Touch – which was originally included with the Apple Watch.

As with last year's iPhone 6, the iPhone 6S was also accompanied by a bigger brother, the iPhone 6S Plus, which comes packed with all the goodies of its smaller brother, but with a larger 5.5-inch full 1080p display.

The much rumoured 3D Touch, which Apple claims is the biggest change to how we interact with our phones since the inclusion of multi-touch with the original iPhone.

As expected the iPhone 6S comes with a new and improved A9 64-bit chip, which is 70% faster at processing tasks than the A8 chip in the iPhone 6. It's also 90% faster at graphics, with Apple promising “console-class” graphics - but will Sony or Microsoft be quaking in their boots? The games shown on stage certainly looked the part.

An all-new 12MP iSight camera has also been included, which comes with 50% more pixels for even more detail in your photos - and it also boasts a faster auto-focus speed.

For the first time ever the iPhone 6S and iPhone 6S can also take videos in 4K resolution, and from what we've seen the results are stunning.

The iPhone 6S and iPhone 6S Plus also supports LTE-Advanced and also has two times faster Wi-Fi as well, and of course runs iOS 9 as well.

If you're tempted to move from your Android device to an iPhone 6S or iPhone 6S Plus, Apple has created a new app that makes transfering all your data and contacts to your new handsets as easy as possible.