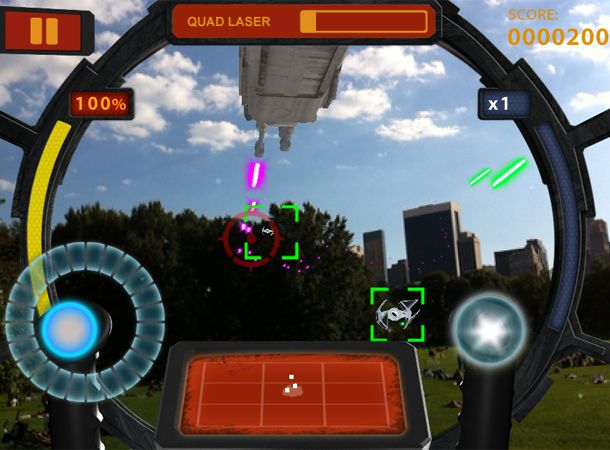 Every Saturday we round-up the week in mobile applications bringing you news of the biggest new releases across all major platforms and a host of reviews from T3's App Chart. Let's look back at the biggest news from the last few months...

PlayStation app to Android and iPhone
There's been plenty of word that the campfire that Sony is plotting a PlayStation Android phone, but in the meantime, we've been greeted with an official app for Android and iPhone. There's no gaming to be had hear, but you can keep track on your trophies and get the latest PS3 and PSP news direct from the source.

Angry Birds rules the roost
What a year for the guys at Rovio! After a hugely successful iPhone launch, it followed up with Android, iPad and Nokia to become the top paid app in the world, with over 50 million downloads. In 2011, there's talk of an animated movie and plush toys. Our favourite has to be the festively-themed Angry Birds Seasons which opened up a new level for each day of Advent.

Google Maps Navigation wins big at T3 Awards
It wasn't the biggest surprise in the world, but the free Android turn-by-turn sat nav deservedly took the inaugural App of the Year gong at the T3 Gadget Awards in October, beating out Foursquare, Layar and Spotify

Falcon battle in your own backyard
Hands up who hasn't dreamed of shooting down TIE Fighters from the Millennium Falcon? Well now you can, with a little more reality than your average sim. Star Wars Arcade: Falcon Gunner uses the iPhone's camera lens to stage the battlefield meaning the skyline of your hometown or the comfort of your living room.

FIFA 11 scores on the iPhone
Once again EA's top sports franchise comes out with a winner on the iPhone. FIFA has once again asserted its dominance over the footy game scene on a new plaftform. Check out our FIFA 11 review for iPhone

Sonic 4 spins its way onto the iPhone
It has been a whopping 16 years in coming, but Sonic the Hedgehog 4: Episode I has arrived on the Apple iPhone and we're happy to reveal that it's a must-have app for fans of the classic series. Read our Sonic 4 for iPhone review

Windows 7 arrives with Xbox Live games
Microsoft's new mobile OS has already delivered on its promise to bring a host of top games to the platform, via the Xbox Live portal. Earthworm Jim, old classic Monopoly and RPG The Harvest are all worth a download if you're handset is rocking the world's newest OS.

Google Translate lifts the Android Market
The Android Market has been steadily improving throughout the back end of 2010, but Google's own stable of apps remain the most impressive. None more so than Google Translate, which can translate text and speak it back through your handset. It means you'll no longer go to Spain, speaking slowly and expecting people to understand. Well worth our coveted five star award.

Angry Birds HD rules on iPad
One of the first five star games for the iPhone, and it comes in the form of those ill-tempered winged creatures. Angry Brds HD for iPad translates gloriously from the iPhone and looks beautiful on the iPad's 9.7-inch screen. Definitely worth a punt.