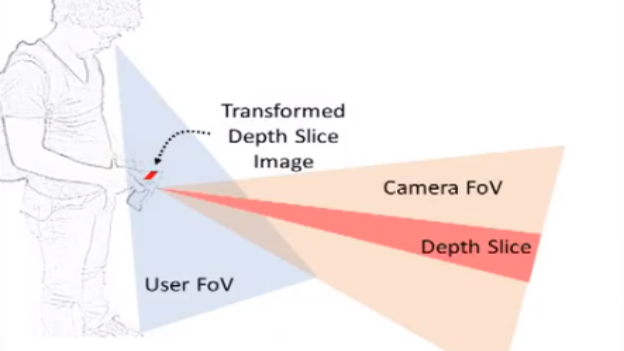 The app, called CrashAlert, uses a depth-sensing camera such as Kinect to take in a user's surroundings and alert them to any objects that may be in their way while they're busy looking at their screen.

Juan Hincapie-Ramos, a researcher at the University of Manitoba, has currently attached a Microsoft Kinect to the back of a 7-inch Acer tablet to work as a prototype for the technology he hopes to incorporate to the final app.

The app aims to reduce the risk of life-threatening pedestrian collisonsby providing distance and location visual clues for the user.

According to Geekwire, Microsoft's Senior Advisor to the CEO Craig Mundie said during an interview, "My dream is to get Kinect embedded into the bezel of something like this (whilst holding up his Surface tablet)."

Microsoft's Xbox One was revealed last month, incorporating a 2.0 Kinect sensor into every console.

Watch the video below to learn more about CrashAlert.