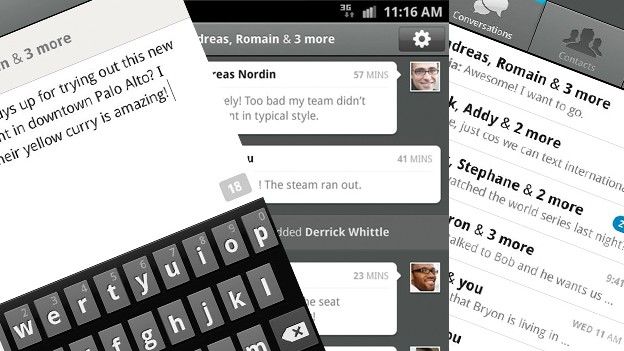 Yahoo belatedly decides to join the free messaging app party, but can it's Yahoo Hub app for Android tempt users away from existing platforms with the lure of free SMS messages?

Yahoo has joined the burgeoning gang of apps offering free smartphone-to-smartphone messaging, but launching the Hub app for Android.

It allows users to send and receive messages over Wi-Fi and 3G, but also engage in group chats a la BBM.

The service integrates the now less influential Yahoo Messenger service, which reigned supreme alongside MSN during much of the last decade.

The app will also allow users to send free SMS messages to those using other platforms, even if they don't have the app installed on their smartphone.

The app is available to download now to the Android Market.

Link: Android Market (via The Verge)