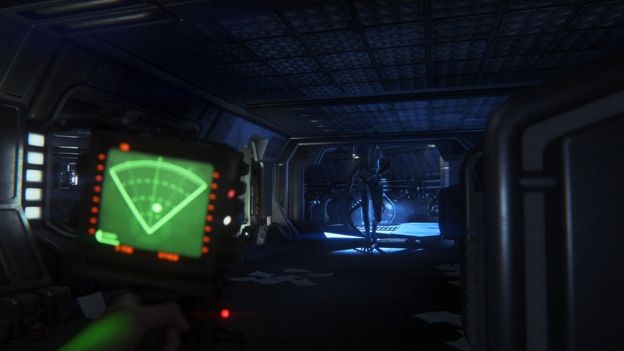 Alien: Isolation could not be further from Colonial Marines. Gone are the guns and explosions, instead you're alone in the dark in a battle of stealth and wits

Sega has unveiled Alien: Isolation, a survival horror title that at first glance certainly evokes memories of the original Dead Space. The title will launch on PS4, Xbox One, PS3, Xbox 360 and PC late 2014.

A far cry from the loud action-packed Aliens: Colonial Marines, Sega has handed Isolation to Creative Assembly who are reportedly creating a darker world that is ruled by stealth.

According to CVG, UK-based developers Creative Assembly will be placing a huge focus on the Alien itself, meticulously working to create an AI that thinks and acts like a hunter.

Gamers will play as Amanda Ripley, daughter of the film's main protagonist Ellen Ripley whilst the look and feel of the game has been tailored to replicate that of the original films.

The original film's design language appears to have been faithfully transferred over to Alien: Isolation, of course whether it plays as well remains to be seen.

There's no word on an exact release date but Sega is saying it plans to have Alien: Isolation in the hands of gamers before the end of 2014. Check out the trailer below: