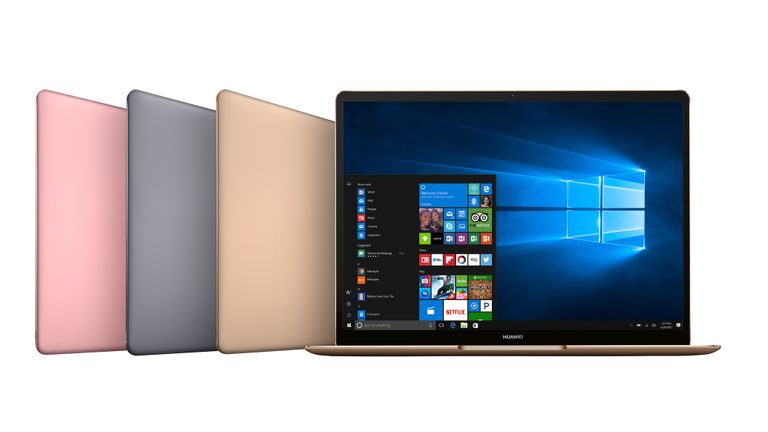 Everyone's favourite Chinese company, Huawei, has just announced a trio of new laptops (or ‘MateBooks’, as Huawei likes to call them).

But it's the super sexy Matebook X you should be interested in. Here are five reasons you should trade in your Macbook for one.

The Matebook X measures just 12.5 mm x 286 mm × 211 mm, and weighs approximately 1.05 kg. That's smaller than a piece of A4 paper, yet it also manages to pack a 13-inch screen, thanks to some Skinny bezels. The similarly sized Macbook only manages an 12-inch display.

2. Do your ears a favour with Dolby Atmos audio

Huawei has worked with Dolby to develop the speaker system. These speakers use a dual motor design, making them more efficient, and ultimately louder, despite their diminutive physical size.

Huawei has taken everything it learned from making premium smartphones, and has applied that to laptop design. That means CNC diamond cut bezels, and a solid aluminium casing. It really does look great.

It comes in Space Gray, Prestige Gold, and Rose Gold. Sadly no Greenery.

4. Comes with a USB-C Adapter, for free

Yes, there are only two USB-C ports and a headphone jack, but unlike Apple, Huawei will include a USB-C adapter in the box, which adds HDMI, USB, and more.

With no fan and pretty powerful guts, you'd expect the Matebook X to get pretty hot. But Huawei has used material found in space suits to dissipate the heat. It stores the heat, then slowly releases it.