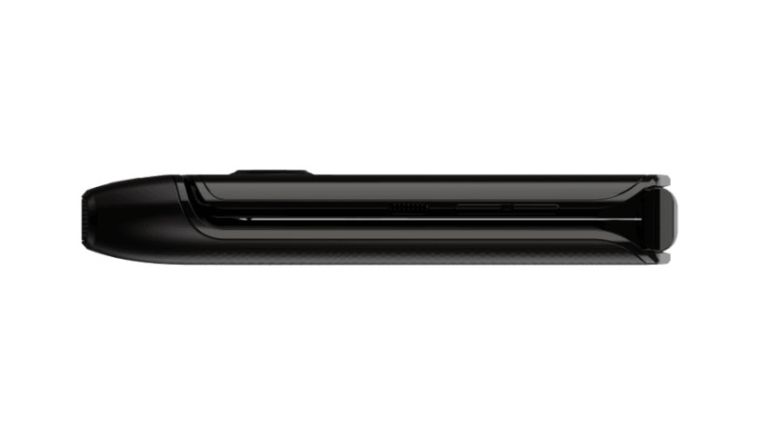 The Motorola Razr leaks just keep coming. Mere minutes after the first official image was leaked for the clamshell-folding, retro-designed phone, a second wave of images surfaced leaked by Dutch site Mobielkopen, along with a second report of the phone's previously-leaked specifications.

Possibly sourced from a registration page that was accessed early, according to 9to5Google, the images below show some low-res press shots depicting the design of the phone. Offering functionality with a second outer display (reportedly 600x800px) , the Motorola Razr is apparently packing a 6.2inch OLED display once unfolded.

The leaked shots show the phone in both stylised press shots and in a lifestyle setting, resting on a table. The phone clearly comes in two different shades – black and gold – but what we haven't seen yet is the phone open to its fullest capacity. Will it be perfectly straight, emulating a standard smartphone, or will it be permanently angled like a flip-phone of old?

Another aspect the Dutch site reports on rehashes a previous leak by news site XDA-Developers. The specifications of the phone are yet again rumoured to be under the standard set by top-end products like the Samsung Galaxy Fold. The phone is said to arrive with an octa-core Snapdragon 710 processor, paired with 4 GB of RAM and 128 GB of storage, or 6 GB of RAM with 256 GB of storage.

The phone is also said to includ a 2,730 mAh battery, much smaller than the Fold's 4235 mAh. There's currently no word on OS support, but the latest version of Android is to be expected. With lower-tier specs, could the new Motorola Razr be gunning to undercut Samsung's own folding flagship at a lower price point?

We'll know more for certain on November 13 when the Razr is set to be officially unveiled, but as that date draws closer, expect more leaks to, er, leak from the Motorola camp as the excitement around the clamshell phone heats up and those leaks turn into a tsunami.