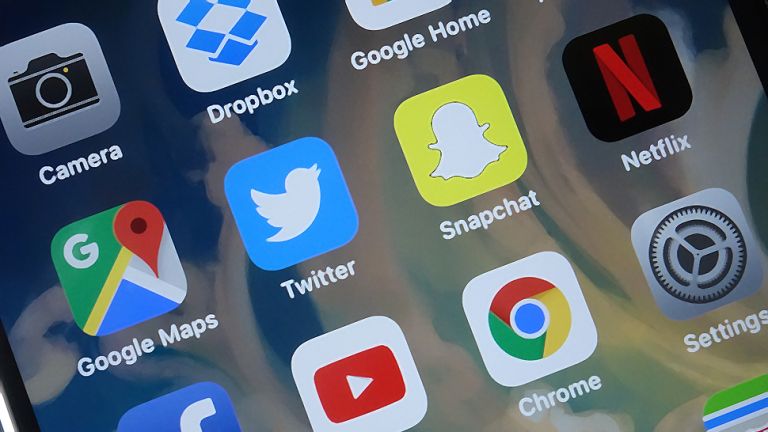 With so many smartphone apps to keep on top of, you'd be forgiven for not noticing every little change and update that comes around - but if you haven't been paying full attention then you risk missing out on some neat new tricks that your favourite apps can do.

That's what we're here to fix, by bringing you news of 20 recent changes in some of the biggest apps for iOS and Android. Make sure you're using your apps to their full potential and maybe rediscover a couple of apps you've not opened up on your phone in a while.

New in Facebook for Android and iOS is the aptly named Find Wi-Fi feature, which can help you find coffee shops, bars, restaurants and other public places with wireless internet available. If you need to do some work on the go or just want to browse your Facebook News Feed, you can get to Find Wi-Fi through the Apps section of the main menu.

The venerable GIF format is still going strong some 30 years after its creation, and Facebook has finally got around to making it easier for you to create your own GIFs to share with others (though any GIFs you make can only be used inside the Facebook app). Open up the camera mode inside the app to see if the GIF mode has been added.

The next time you want to share a song with someone else via Spotify, use one of the new scan codes. Tap the menu button (three dots) next to any song or album inside the app and you'll see a code that looks like an audio wave - someone else can then take a snap of that wave via the camera icon next to the search box in Spotify to bring it up instantly.

4. Collaborate on playlists in Spotify

This is kind of a joint entry between Spotify and Facebook Messenger, because you can now work on streaming music playlists with your pals through the instant messenger attached to the world's biggest social network. Tap the plus button at the bottom of a Messenger conversation thread, choose Spotify from the options, and get started.

It might not be the most glamorous of new features, but it's still very useful nonetheless - Twitter has tweaked the way its muting options work to make the service slightly more bearable if you get a lot of vitriol sent your way - head to the Notifications  tab in the mobile app, tap the gear icon, then choose Advanced filters to see what's available.

Twitter has a special night mode look that darkens the background and makes the whole interface easier on the eyes - that's not new, but what is new is the option to have it automatically enabled at sunset, which appears in the Display and sound section of the Settings and privacy screen. For now, the automatic switching is only offered on Android.

Surely you can't have missed the news that you can now download TV shows and movies in the Netflix apps for Android or iOS? Just in case, we're flagging it up again: open up the app to see the download icons next to selected films and programmes, which once downloaded can be viewed offline or when you have a weak connection to the web.

8. Give shows a thumbs up (or down) in Netflix

Netflix relies a lot on the ratings you give the content you've watched in order to recommend new stuff to you, which might be one of the reasons it's decided to revamp its ratings system in recent months: the old five-star rating system is gone, replaced by thumbs up or thumbs down icons next to each title. Tap away and start your thumbing.

For a long time you could only share photos and videos to your friends over WhatsApp, but now those restrictions have been lifted, and you can send just about any file stored on your phone to someone else - provided that file fits under the 100MB limit imposed by WhatsApp. Even with the limit still in place it's nice to have more flexibility with file types.

10. Put filters on your photos in WhatsApp

Just about every app out there that can take and send photos has a few fancy filters thrown in as well - thanks, Instagram - and WhatsApp is one of the apps that's joined the bandwagon most recently. There are five filters to pick from at the moment, though for now the overlays are only available on iOS, with no mention of an Android update.

11. Track your friends on Snapchat

New in Snapchat is the Snap Map, which you can launch with a two-finger pinch on the camera screen: it shows the location of all your Snapchat friends who've enabled the feature, which makes meeting up with or checking up on friends and family a bit easier, as well as public Stories. To control who can see your own location, head to the app settings.

Filters and lenses have helped turn Snapchat into the social media juggernaut that it is, and the app's developers are constantly adding new options here. One of the most recently added features lets you swap out the background of a photo - take a snap, tap the scissors icon, choose your background, and you can then cut out your foreground figures.

Google has been testing out semi-automated replies in its Inbox client for a while now, and the feature has now made it to the official Gmail clients as well. The next time you open up a thread, look for a selection of quick rapid-fire responses at the bottom, generated by Google's knowledge of the most common replies to the type of email you're looking at.

A lot of the most powerful features in Gmail run in the background, like virus scanners and security tools, and Google recently bolstered the app's ability to spot phishing links - those links to fraudulent websites that are looking to steal some of your personal info. You might not notice any changes on the surface, but fewer dodgy emails will make it to your inbox.

15. Request a ride for a friend in Uber

If you've got friends or relatives who don't have Uber installed - or maybe don't have a smartphone - you can request a ride for them. The option appears if you set the pickup point as somewhere other than your current location, and once you've chosen someone from your address book, that person gets a text from Uber with further instructions.

16. Book an Uber ride in advance

You can now use Uber to book a ride in advance, if you're riding from London, Leeds,  Birmingham, Liverpool, Bristol, Manchester, Newcastle, Bristol, Glasgow or Edinburgh. Just book your route as normal and then tap the schedule button with UberX selected - you can then select a 15 minute slot for pick up, and Uber will take care of the rest.

Maybe you don't want all of your photos on show all of the time in your Instagram feed, and the app now makes allowances for this - you can hide particular snaps by selecting a picture from your profile page, tapping the menu button (three dots) and choosing Archive from the menu. These photos are then only visible to you unless you unhide them again.

You can now save pictures from other feeds that catch your eye inside the Instagram app, simply by tapping the bookmark icon by the photo (it looks like a ribbon symbol). Open up your profile page, tap the ribbon icon again, and you can see your saved images and sort them into collections if you like. Meanwhile, no one else can see the pictures you've saved.

19. Make a wishlist of places in Google Maps

You've been able to star places on Google Maps for a long time now, making it easier to find these places again whether you're on the web or on your mobile phone, but Google has improved the feature recently: tap Save on a place card now, and you can store it on a choice of several customised lists, including a "Favourites" one and a "Want to go" one.

Over in Apple Maps, Apple is planning a special 'do not disturb' mode for iOS 11 that kicks in when the app notices you're driving - most messages and notifications will be muted until you stop, and you can set up auto-responses to let people know you're on the road. You'll have to wait until later in the year for this one, unless you've installed the beta.