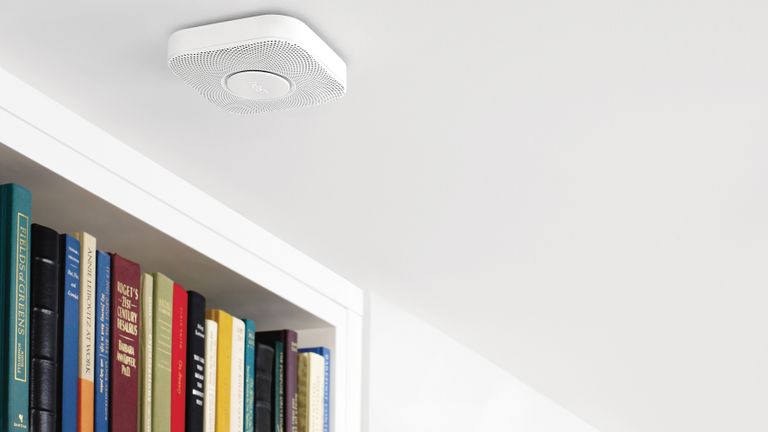 There's not much we can do to stop Uncle Derek saying something offensive or to persuade your wee cousin not to moan about veg, but we can prevent some other festive horrors with a few well chosen bits of tech. Here are ten gadgets that will save Christmas.

Die Hard aside, there's rarely anything worth watching on TV at Christmas - and if you have young children bounding around the house, you'll do anything to stop their sugar-crazed rampages. Enter Netflix, which works on so many different devices it's probably available on your toaster. The kids' selection is particularly good, and there are plenty of decent movies to keep the grown-ups amused later.

Headphones can save Christmas in two ways: by preventing the kids' new tablet or console from hitting everybody with a wall of sound, and by giving you a way to shut out the outside world while you listen to the Adele album and hide from everybody. Wireless Bluetooth headphones are particularly good if you're connecting to a phone or tablet for streaming music and noise-cancelling models are great if you'll be taking them travelling. Sadly noise cancelling tech isn't quite good enough to silence screaming tots or boring relatives just yet.

If Santa dropped off something expensive with a glass screen, the likelihood of that screen remaining un-smashed until New Year's Day is vanishingly small. Investing in a case so strong it can survive a nuclear apocalypse may seem like overkill, but if you've ever seen the damage a toddler can do to an iPad - or the damage a screen repair can do to your wallet - you'll understand why we think it's essential.

The embargo's gone and the word is out: the new Star Wars film is officially Quite Good. That's good news, because if it were a clunker then we'd be ashamed to be seen with top toys like Sphero's excellent droid. It's pricey, but then anything with a Star Wars logo is - and it's a lot more fun than the Star Wars oranges that Disney has licensed. It works with both Android and iOS and the patrol mode makes it seem as if it's got a mind of its own. It's a great way to keep kids amused when the novelty of Netflix has worn off.

It might look rubbish, but trust us: the defrosting tray is brilliant. It works in much the same way as the heatsink in a PC, circulating air around whatever you put on it - but instead of cooling, this device is all about thawing. If you forgot to defrost the sprouts it'll do the job for you in a matter of minutes, saving Christmas dinner, and if things get really dull you can show off the tray's ability to melt various things quickly. Ice cubes are gone in seconds.

In many cases the temperature gauge on your oven is more like a random number generator than a reliable instrument, and that means cooking times can be way off compared to the recipe (or the packet, if you're going for the ready-made option). If you'd rather not invite gastroenteritis to your Christmas do, a reliable thermometer is a must-have - and an instant read one means you don't have to hang around or keep it in the oven. We really like the Thermapen, but there are stacks to choose from.

Google Play or iTunes cards are a great gift, especially for anybody who's just got a phone or tablet and needs some apps to play with, and Apple ones are also useful for desktop software purchases: because iTunes gift cards are often discounted you can pick up a bunch to buy expensive Mac App Store apps for less cash. Be wary of other firm's vouchers, though: if a company goes bust any vouchers are worthless. That's unlikely to happen to Apple or Google, of course.

If like us you know tech an awful lot better than you know jewellery, a smartwatch is an inspired gift: good ones look great irrespective of their smart bits, and a Gear S2 or Apple Watch with the right options is going to impress anybody even before it's powered up. It's also less likely to backfire than a stand-alone fitness tracker, which might imply that you think your beloved needs to lay off the Christmas cake.

Accidents happen, and at Christmas they tend to happen in a food-hitting-carpet kind of way. That's not a problem if you have Dyson's V6 Absolute, which converts from full-sized to handheld in seconds so you can clean floors, furniture, stairs and the kind of hard to reach places where toddlers love to stash foodstuffs. At £379 it's hardly cheap, but it's the Rolls-Royce of cordless cleaners and can probably catch ghosts.

From cookers to candles and Auntie Clara's e-cigs, there are plenty of fire hazards in the typical home at Christmas - and because the Nest Protect can tell the difference between you overcooking the pigs in blankets and something more serious, it's a great gadget to have in your home at any time of the year. It's life-saving tech that doesn't go off every time you try to cook something, and its phone app means you can silence any false alarms without having to hit it with a wooden spoon.

Liked this? Check out Digital movie services ranked: where to buy your films online