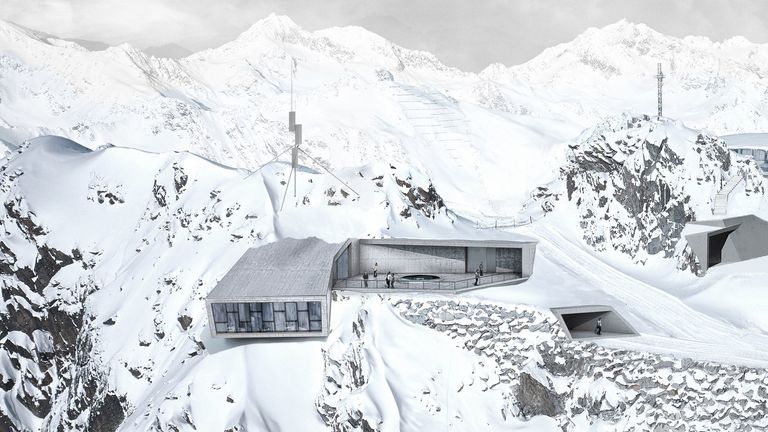 Welcome to '007 Elements', a new James Bond 'cinematic installation' opening this winter, built inside the summit of the Gaislachkogl Mountain in Sölden (Austria).

We first covered this in September, but it's just been announced that 007 Elements will be opened on the 12th July 2018. There's also a new video, showing off the impressive structure.

What's a cinematic installation we hear you cry? Well, it's a series of galleries, each "distilling the craft of the signature elements that define a James Bond film."

It's not, as we originally hoped, a giant James Bond theme park, where you run around with a laser Walther PPK taking out evil henchmen.

The installation will focus on Spectre, which was shot in Sölden, but will also feature other titles in the 24 film Bond franchise.

It's located 3050 metres above sea level, and arranged over two levels inside this stark concrete structure within the mountain.

Check out the video below:

The building is currently under construction. Eventually, the impressive structure will reveal itself through a tunnel and unfolds into two main areas offering spectacular views of the Tyrolean valleys.

Kevin McCloud would be impressed.

"Our aim with 007 ELEMENTS is to tell the story of the making of 007 films in an ultra-modern, emotive and engaging way," Neal Callow, Art Director on Casino Royale, Quantum of Solace, Skyfall and Spectre, explains.

"We want to use this incredible location to place our guests into Bond's environment, and bring the stories to life in a unique and unforgettable way."

This genuinly sounds like a must-visit attraction for any Bond fan. We suspect it will cost quite a lot of money penny though, and you'll probably have to Q.

Thank you, we're here all night.