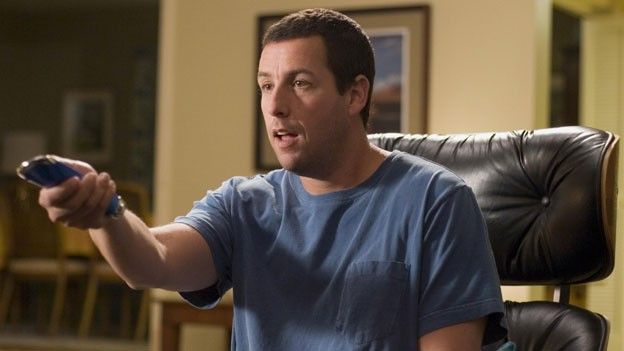 Some of the greatest tech ideas are dreamt up by Hollywood's finest. There is of course the other end of the film gadget spectrum which doesn't quite have the desired big screen effect. Say hello to the worst movie gadgets ever...

Please join us on a trip through the movie gadget hall of shame. Do take care not to trip over the invisible car, though…

Delorean Time Machine (Back to the Future, 1985)

If we had to choose a vessel to travel through the ages in, it wouldn't be a DeLorean - its constant breaking down and accidentally going to the wrong year would rankle. And it runs on plutonium and needs to reach 88mph to bend time. Those who recall the circumstances around DeLorean going bust may also worry that the glove compartment will be full of cocaine. Still, it's better than the "infernal time machine" that a senile Doc cobbles together from steam train parts while in the 1880s, in part three.

Roger Moore got the cheesiest lines, most overtly sexually named girls - see Chew Mee, from The Man with the Golden Gun - and the worst gadgets. To infiltrate Mrs Octopussy's house, Bond lies down in a boat shaped like an alligator, complete with mouth that cranks open, revealing Moore controlling it with a joystick. How very suave.

The alligator-boat was bad, but this was 007's nadir. The invisible Aston caused Bond to lose credibility so totally, he had to come back the next time disguised as a blond muscle-man.

The film Short Circuit follows the adventures and travails of an intelligent robot called Number 5, built for use by the US military. What exactly were the military's plans for Number 5? To bamboozle enemy soldiers with his lightning-fast reading and horrifying ability to say his name over and over again, perchance? We bet that had the Russkies worried.

If we were Adam Sandler and found ourselves in possession of a remote that could rewind time, we'd go back to the point in our lives when we were "remotely" funny. To a time before all our film roles required us to constantly switch between wet mumbling and "spontaneous" shouty rage. That, or we'd just press "off".

Straight outta the "If it's got flashing lights, it must do something impressive" design school, the PKE meter was a gibbering mess of a gadget, with epileptic LEDs and arms that flapped up and down like a badly injured bird. Almost exactly the same prop was used in John Carpenter's 1988 no-budget sci-fi flick They Live. Will these highly-paid Hollywood stuffed shirts never learn?

Now we know what you're thinking. That the Terminator is actually an incredibly cool "gadget". But look: he shouldn't even be in his own films. Kyle Reese clearly says that "things with moving parts" cannot be sent back through time, in order to explain why he doesn't have a ray gun, and why the robots don't just send a big bomb back through time to kill John Connor. So how did the Terminator get back to the present day? "He's covered in human skin." So why not just cover a ray gun in human skin? Do these people/cyborgs take us for fools?

This lime-green mockery magnet managed to be even more ludicrous than Ice's graffiti motif trousers and quiff. But not quite as ludicrous as this film's tagline: "When a girl has a heart of stone, there's only one way to melt it. Just add ice." Ice melting stone? It's like a game of paper-scissors-stone from an alternate dimension.

Imagine pitching this in Dragon's Den. Wonka: "Hello Dragons, my name is Willy, and I'm here today to ask you for £50,000 for a 15 per cent stake in 'Wonka Vision' - a broadcast technology that, rather than pictures, can send objects 10 metres through a house-sized television." Even James Caan might think twice before investing in that.

Although Bond never actually uses the 'Ghetto Blaster', it is shown being tested by Q and co. near the beginning of the movie. Quite literally, this is an old-school boombox that doubles up as a rocket launcher - surely the best way of making sure no-one complains about you listening to Run DMC on repeat.

Perhaps the pinnacle of Total Recall's absurdities, the Governator's old lady disguise actually proves very effective in sneaking him onto Mars. But I always thought the point of a disguise was that it shouldn't draw any attention to you. Arnie's disguise freaks out loudly for about a minute before exploding. Does anyone do anything? No. Do they catch the evil, exploding crazy lady head? Yes. Yes they do.

50% man, 50% machine... by the time Robocop 3 rolled around in 1993, the gadget-laden crime-crusher was struggling to scare off even the pettiest of petty thugs, appearing to be about 100% childrens toy. In tech terms, Robocop was no different, he still had his metal exoskeleton, and his arm-mounted rocket launchers, but the third film in the series was far too family friendly and frankly, it killed Robocop's street cred.

A film (documentary?) where Keanu Reeves can't fit enough data into his brain? Certainly sounds like a winner on paper. Instead we got Johnny Mnemonic, a film universally condemned as so terrible that it was probably Keanu Reeves' worst film ever. The main premise of the film is that Johnny, a data carrier, needs to transport 320 gig of data, but he is only used to carrying 160 and the extra load might kill him. 320 gig?! That's nothing!

This rubbish teleporting machine is effectively the premise for the whole film. It has no problem teleporting inanimate objects, but cannot handle live ones. So when eccentric scientist Jeff Goldblum tries to teleport himself and doesn't realise there's a fly in the other teleport pod, the computer gets confused and decides to mash them together. Silly teleporter, tricks are for kids.

Straight out of the cupboard of half-assed flashy things, the 'Neuralyzer' was the gadget used by Will Smith and Tommy Lee Jones to wipe people's alien-based memories. Apparently it did this by flashing lights in peoples' eyes. As long as you wore sunglasses (to avoid the amnesic glare) then you were absolutely fine. Call us pessimists, but that doesn't seem like a totally foolproof way protecting the most important secret in the history of mankind.