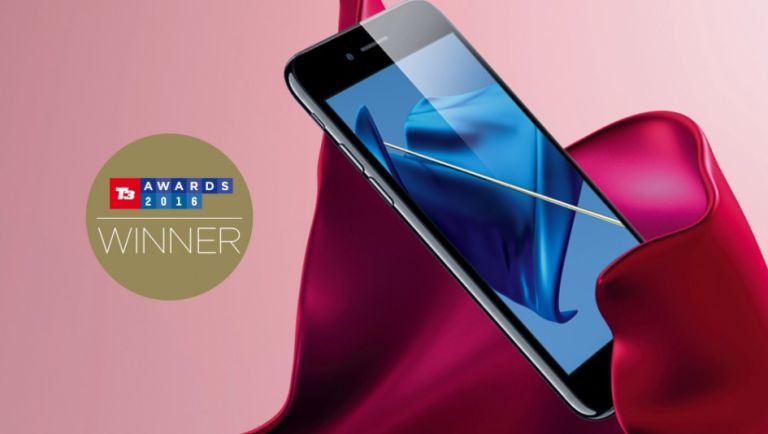 As voted for by you on this very website, we celebrate the tenth anniversary of the T3 Awards powered by EE in style as we crown the best gadget of the past ten years. The category is open to anything we felt changed the course of tech history, from gaming products to smartphones to the best in fitness trackers.

There really could only be one winner: the Apple iPhone. When the iPhone was introduced back in 2007, it was pretty much the most revolutionary piece of tech we'd seen – the multi-touch display was unlike any other smartphone screen.

Being able to zoom into and out of photos, have a proper browsing experience on a smartphone, and use your fingers to navigate the screen was a sheer pleasure. The first iPhone was certainly not without its flaws, but it paved the way for every smartphone in existence today – its multi-touch screen soon become the de facto standard as other manufacturers followed suit.

In 2008, the iPhone 3G followed, bringing much-needed 3G data to the device. 2009's iPhone 3GS added a speed boost but no change in form-factor.

T3.com Editor Dan Grabham's personal favourite is the iPhone 4 (2010). It was perhaps the biggest change in the phone's history, bringing an all-glass design that divided opinion (but in our opinion looked fantastic).

Touted as the world's thinnest smartphone by Steve Jobs when he announced it, it also introduced the Retina Display with a PPI of 326. iPhone 5 was a bit more low key when it was launched in 2012, adding just minor improvements, before the iPhone 5S (2013) introduced Touch ID – the fi ngerprint recognition that we're now so used to on smartphones. There was also the 5C, of course.

In 2015, the iPhone 6 debuted with a different form factor and also a bigger brother – the 6 Plus. For the first time, Apple had made a phablet, and it rocked.

And (after iPhone SE) here we are with the iPhone 7 upon us again alongside an iPhone 7 Plus, Apple once again rewriting the rulebook by not featuring a headphone port. Whatever you think of the iPhone, there's no way you can't recognise it as the most significant gadget in recent history. It's inspired a world of smartphone tech like no other product. That's why it's T3's Gadget of the Decade.

Other key contenders for T3's Gadget of the Decade

Kindle brought e-reading to the masses. Since its conception in 2007, it's grown to become a behemoth, with the latest-gen Kindle Oasis and Kindle Fire HD8 concentrating readers' eyes all over the globe.

Nintendo paved the way for gesture-controlled gaming with its release of the Wii back in 2006. Its selection of top games – including everyone's favourite Wii Sports – and cool controllers made it a smash-hit for all ages of gamers.

Microsoft made big waves in the gaming industry when it released its follow-up to the successful Xbox – Xbox Live and the Kinect motion tracking system being top of the list of new features. A raft of exclusive games made it a monster…

Back in 2006, Sony released something very special: the PS3. This was the first console to feature a Blu-ray drive, paving the way for consoles to become home-entertainment systems. Its power as a console was unsurpassed.

Released back in 2007, the N95 is one of Nokia's many high points, featuring GPS, a 5MP camera and a fully functioning Web browser. Sure, it looks dated now, but at the time it was THE smartphone to have.

Action cams have come on leaps and bounds in the last few years, with a number of manufacturers offering budget alternatives, but GoPro is still the undisputed king. Its Hero range is still the best range of action cams there is.

Fitbit redefined the fitness industry with its feature-packed Fitbit Charge, and again with the Charge HR, which brought heart-rate tracing to the wrist. Other manufacturers have copied, but Fitbit remains king of the hill.

Ah, BlackBerry. Once the king of smartphones but now one of the minnows. The Bold business device also catered for those looking for a raft of entertainment. Its keyboard was undoubtedly a game-changer.

When Steve Jobs debuted the iPad while sat on a sofa in 2010, the world thought Apple had gone mad. Who wanted this giant touchscreen device? Subsequently, it's gone on to be massive, with tablets becoming the ultimate go-to for leisurely browsing.