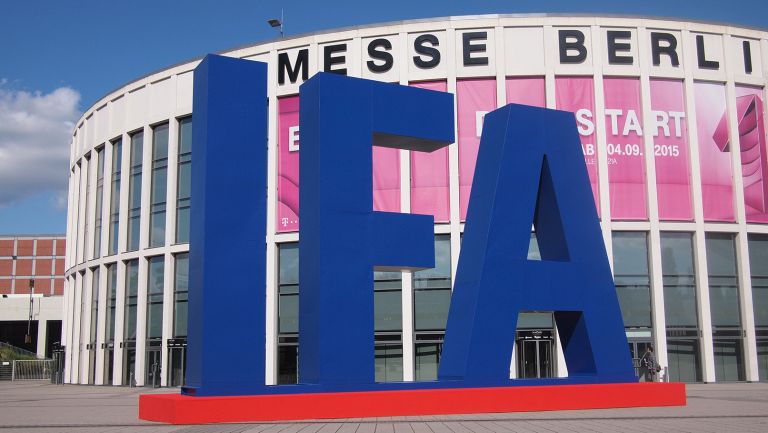 With Samsung announcing its new toys beforehand and much of the media going crazy over a plastic droid, you'd be forgiven for thinking that the biggest announcement from this year's IFA gadget show in Germany was Sony cramming an unfeasible number of pixels into a smartphone screen. As exciting as the Z5 Premium announcement was, it was far from the biggest news to come out of Berlin.

There was plenty of 4K, of course, with Sony showing off its projectors,Panasonic securing THX certification for an OLED TV(and offering unlimited 4K video recording) andToshiba crowbarring the requisite 8,294,400 pixels into a convertible laptop.

That laptop, theSatellite Radius 12, also contains Intel's new sixth-generation Skylake processors, which were in evidence from other manufacturers too, turning up in Lenovo'sIdeaPad Y700 and Gigabyte's gaming laptops.

Elsewhere, phones and phablets were joined by smartwatches - sadly without 4K screens - as the wearables revolution gathers pace. Huawai's Mate S has a fancy new screen, and is complemented by a pricey wrist-botherer that certainly looks the part. Motorola revealed its new take on Android Wear, and Asus revealed the ZenWatch 2, also running Android. Meanwhile, TomTom's Spark comes with 4GB of storage for music while you run.

Samsung, not wanting to be left out, announced it wants to get in your bed and take over your home- it's also worrying about your socks, which is nice. Fellow Koreans LG also want a toe-hold in your kitchen, with a clever new fridge range that could keep food fresher for longer.

The big names weren't the only ones who want to connect your home. Thermostats and radiator valves fromtado° (we can't work out how to pronounce it either) claim to save money on heating bills, while Philips was on a roll - its lighting technology popping up in new Hue lightstrips and the addition of pico-projectors to the back of a TV with impressive results.

If your ears are feeling left out after so many TVs and phones, then they can bathe in high-res digital music from Onkyo or enjoy some analogue warmth with Technics' reimagining of its venerable SL-1200 turntable.