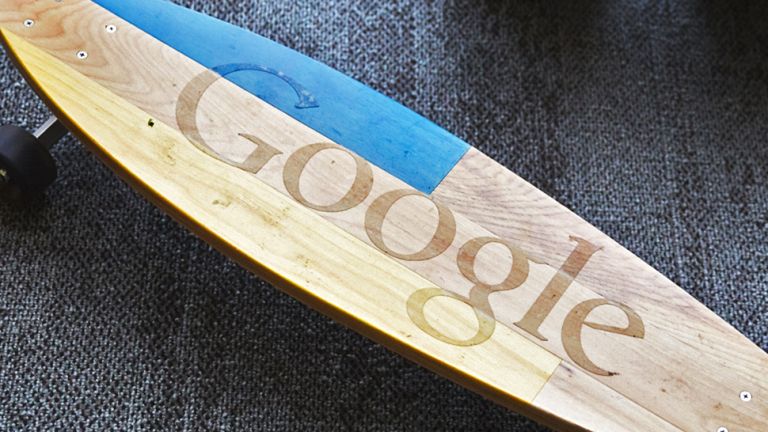 It's been a busy week for Google, with new phones, a new laptop, and some new smart speakers on show. Having made its billions with search and adverts, and then Gmail and Android and Google Chrome, the company is making a serious push into hardware.

However, there's a lot more to the tech giant than the products it's most famous for on the web and on mobile. Dozens of smaller apps and services run under the Google umbrella, fulfilling a variety of uses, and here are some that you might not have come across before.

You know all about Android, but Android One is the cut-down, lightweight version of the mobile OS aimed at developing markets and users picking up their first smartphone. Google works with OEMs to create handsets with a certain set of specs and standards.

If you want to keep up with anything that's happening on the web then Google Alerts is one of the best ways to go about it - you can set up keywords as alerts, and as soon as Google's web crawlers detect new posts and stories that match, you get an email update.

Google Arts & Culture is a place on web that celebrates exactly that: it's a portal that celebrates the best in modern and classic art, bringing you a curated selection of stories as well as high-resolution images of some of the best artworks on show around the world.

If you're still at school, or teaching at one, then you may have heard of Google Classroom, but it's likely the rest of us haven't - it's an all-in-one portal that can be used for assigning, completing, and grading projects, with the help of other apps in the Google Drive suite.

The Expeditions VR app started off as an educational tool but is now available for everyone on Android and iOS - it guides you through some of the most famous sights in the world, differing from a normal VR app in that a designated teacher can lead the group around.

Google Express is Google's tentative foray into shopping delivery, working in partnership with local stores to bring you items overnight or in some cases the same day. For now it's limited to certain parts of the United States, with prices set by the local stores themselves.

Got a website needing fonts? Google Fonts is for you, a collection of over 800 font families that anyone can embed and use. You don't need any technical knowledge or coding skills to get the fonts up and running on your site, and a variety of platforms are supported.

This hasn't gone completely under the radar, but it's not all that well known: Google Keep for the web, Android and iOS is a note taking app in the style of Evernote, syncing your lists and notes across multiple devices and handling images, scribbles and reminders as well.

Presumably you've heard of Google Earth, and Google Mars is exactly the same idea for the Red Planet - it lets you explore the mountains, the canyons, the craters and the dunes of the surface of Mars, and there's also a Stories section linking you to key areas of interest.

Google Scholar is like Google but for academic papers, journals, essays, patents, court filings and more - any kind of scholarly literature, so the name's in the title. It's been around since 2004, so there's a huge amount of academic literature in its database.

Google can help you build websites as well as everything else it does, through Google Sites. Okay, the pages you can put together aren't particularly complex, but it does the job for simple landing sites, and for wiki-style sites where you've got several contributors.

If you want to know whether something is trending, or has been in the past, then Google Trends is a good place to start - it can track the mentions of a term of your choice over years, stretching all the way back to 2004. Try the Google Nexus vs the Google Pixel.

Definitely more well known in the US than it is in the UK, Project Fi is Google's mobile network, run off the back of infrastructure built by other carriers. It's notable for its cheap, simple plans, and for the fact it only works with select phones hand-picked by Google.

Google is heavily invested in virtual reality with 360-degree videos on YouTube, the Daydream View, and various other projects, but it also develops the VR app Tilt Brush. It lets you unleash your artistic creativity  in three dimensions using a VR headset.

You might not have realised it, but Google owns and runs the navigation app Waze, which it bought in 2013. The apps for Android and iOS are heavily focused on community interaction - you can report traffic build-ups, for example, and check the reports of others.