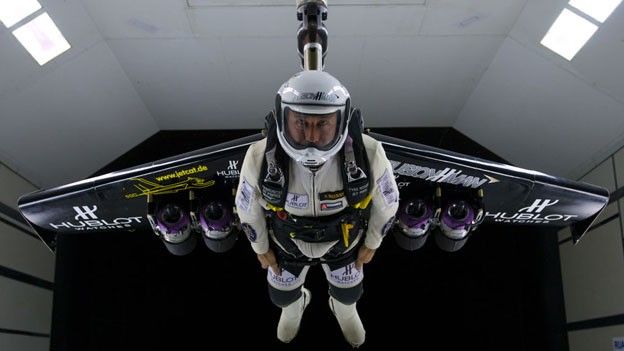 Here at T3 HQ, we love concept tech but every so often, we find ourselves wondering what ever happened to these ground-breaking ideas. Here are a few we were promised but weren't delivered

Yes, we've been promised a hell of a lot of brilliant technology over the years, which has never happened. Or, has happened but it's too expensive for us mere mortals. Anyhow, we've rounded up the best of what should have been for you to put on your wish lists.

A stay in the Milky Way
For longer stays outside Earth's atmosphere, book in to the Hilton Orbital Hotel. Announced ten years ago, the claim was that the Hilton would replace the Costa Del Sol and Lie-cester- shire Square as the world's favourite holiday destination. Alas, Hilton's foolhardy/ambitious plans never made it past phase one: sending a ludicrous press release to credulous media outlets for cheap publicity.

Beam us up
In 1998, boffins at the California Institute of Technology concluded that teleportation is indeed possible. Theoretically. This was subsequently "proved" by some other boffins. Theoretically. The catch? There are roughly 1,000 billion trillion particles in the human body - considerably more if you live on nothing but KFC - so transportation would take 31,000 billion, billion years per person. Even Virgin trains are quicker than that.

It's not all bad...
Don't be downhearted, tech buffs. Not all manufacturers are looking to dash your hopes and stamp on your dreams. We were promised electronic books, personal navigation devices, mobile email, pocket video players and portable games consoles, and didn't we do well: we got the lot. We've come a long way and perhaps one day, in the very distant future, a device with the above features may also be able to cut and paste.

Mars attracts
Okay, no robots. How about interplanetary travel? Not likely, even though Richard Branson keeps threatening to send his ludicrously wealthy chums into space aboard his Wallace and Gromit-inspired spaceship. So, $200,ooo to gaze at the globe from space? We'll stick to Google Earth, ta.

Nuclear power? No thanks
So, flying cars are a no-no. How about a nuclear-fuelled Ford Fiesta then? The plutonium-powered Delorean from Back To The Future gave us a tantalising glimpse of the future, but that was just a movie. In the real world, the gull-winged Delorean used boring, old, combustible fuel and the firm eventually went bust in 1982.

Reality check
Fancy blindly stumbling about in public in a visor that looks like a maiming device from the Saw films? No, and nor did anyone else. That's why, despite Lawnmower Man, the virtual-reality arcade machine trailblazers at Virtuality found themselves jobless by the mid-90s. At least they could subsequently use the apparatus to imagine themselves fighting the Klargon invasion fleet while queuing at the Job Centre Plus.

Rocket man downed
We were all too aware of the risk of burnt ankles, but personal jetpacks were an attractive prospect nonetheless. Sadly they've never really taken off, so to speak, and we think it's gonna be a long, long time before they do. French type Yves Rossy recently used a rocket-propelled wing, and doubtless a prayer, for a daytrip across "La Manche", but his jetpack cost £80,000 - that's hardly an impulse buy from Argos, is it?

Smell you later
On the topic of cinema, why, pray, can we not sniff the on-screen action yet? Because the Smell-O-Vision prototype stank, that's why. Vents distributed scents supposedly on cue, but timing was tricky, resulting in olfactory mishaps.

Stop: hover time
Yes, we were all supposed to be driving around in hover cars by now. Moller nternational said its Skycar floating motor would go into production in 2007, with prices "as low as $90,000". Well, 2008's been and gone and there are still no petrol stations in the sky. Another dream destroyed.

The next dimension
Movie-goers haven't exactly been thronging to London's two 3D IMAX cinemas. That's because, although you no longer have to wear the silly, cardboard specs, 3D cinema is as bad as ever. The desire of directors to film only things that really show off the 3D-o-vision means endless movies in which sharks, lions and men with long, pointy swords COME RIGHT AT YOU! Can 3D TV set matters right? Not while it continues to make you feel nauseous and cross-eyed, no...

What's up, 'bot?
Sci-fi authors dreamed-up domestic robots aeons ago, so why are we still doing our own washing up? Where's our Marigold-wearing robot assistant? So far, we've had tiny robot vacuum cleaners that are only good for cleaning the inside of their own boxes, and Honda's ultra-expensive Asimo. The Asimo had everyone impressed until it tumbled arse over chip down the stairs. Check it out on YouTube - it's like watching a human fall down the stairs, but even funnier.

Want your latest gadgets news delivered to your inbox every week? Register for the free T3 newsletter and relax as the headlines come to you!