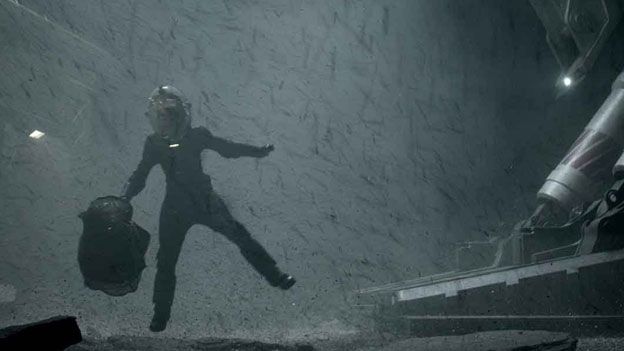 From The Matrix to The Running Man, T3 counts down the 10 nastiest Hollywood future visions to have graced the big screen in recent years...

Two and a half hours of viewing a world where everything is rosy and the entire A-list cast smiles all the way to the end credits is just not a good way to spend £10 of your hard earned wage in an uncomfortably small cinema seat. What we want to see is the kind of dramatic social meltdown that looks great up on the big screen, but we sincerely hope never actually comes to fruition anytime soon.

As Ridley Scott prepares to return to the sci-fi genre with the spectacular looking Prometheus, T3 takes a journey through the most epic examples of cinematic bleakness. You can also check out the latest Prometheus trailer below.

A crew aboard the Prometheus spaceship search for the origins of humanity, but find something else. Ridley Scott has previously commented this has nothing to do with the Aliens franchise...

Vengeful android replicants head to smog-choked LA for a bit of the old ultraviolence.

Humanity has been all but wiped out by psychopathic, fascistic robots. And hey, Arnie's in this one too…

On the reality TV show of the future, people die for the viewers' pleasure. Bloody hell, Arnie again?

When memories can be implanted, what defines us as human? Also features exploding heads and Arnie.

The world has been all but destroyed by a biological weapon. Can time travel save the day? (Spoiler: no)

Unwitting dupes fester in a virtual world created by machines until the arrival of Keanu Reeves.

Pre-emptive justice turns out to be less than reliable in this grim vision. Nice touchscreen

Emotions are outlawed in the city state of Libria after WWIII has devastated the Earth. Bummer, man…

2035, Chicago: detective Will Smith suspects the robot population is about to renounce non-violence.

It's 2025. Can't keep up repayments on your transplanted organs? You'll have to give 'em back then…tech, though.