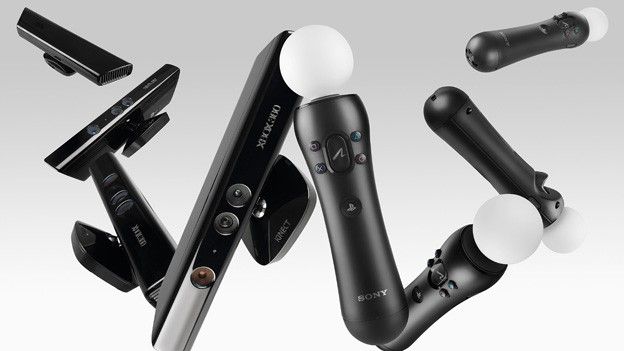 From the Power Glove to the Kinect in 20 years time, T3 reveals how motion gaming came to exist

The quest to innovate gaming beyond the control pad stretches back almost 20 years as the likes of Nintendo and Sony attempted to change the way we interacted with our consoles forever.

Tracing the timeline of tech that once hoped to make gamers feel more in touch with the action, here is the tale of the motion gaming tape so far.

This NES peripheral Was the first device to track human hand Movement. It looked very cool in a late 80s kind of way, but was not the last word in Accuracy, let's say...

Accessory firm pelican offered a glimpse of the future by enabling gamers to play games, most memorably Goldeneye, by tilting their controllers.

Nintendo first dipped its toe in motion-sensing waters at the dawn of The millennium. Kirby Tilt 'n tumble came on a modded GameBoy cartridge and allowed, as you might imagine, tumbling, via tilting.

Conceived by DR Richard Marks and adopted by Sony for a Kinect-like PS2 motion controller. It proved a success with over ten million units sold worldwide in five years.

Changing the face of console gaming, Nintendo unleashed the Wii remote at the 2005 Tokyo game show. Kids and housewives piled in, as well as hardcore Nintendo-ites...

In what looked rather like a knee-jerk reaction to the launch of the Wii, Sony added limited motion tracking to its PS3 pad. It's not widely supported.

The Wii remote wasn't as accurate as hardcore gamers demanded, so Nintendo upgraded it to "true one-to-one movement". Again, rather under-utilised thus far.

It's finally here; now let's figure out what it's for. "you are the controller" is the tagline For Microsoft's motion-tracking cam, and by "you" it means a Wii-like mainstream audience, which it's targeting with a bevvy of dancing and get-fit games. It has the potential to do so much more, though...

This PS3 controller is essentially a more powerful Wii remote - complete with Nunchuk-style subcontroller - with games in stunning hi-def.

One for the future, this uses a weak magnetic field to detect the position of controllers, enabling very accurate tracking. Untested for gaming as yet...