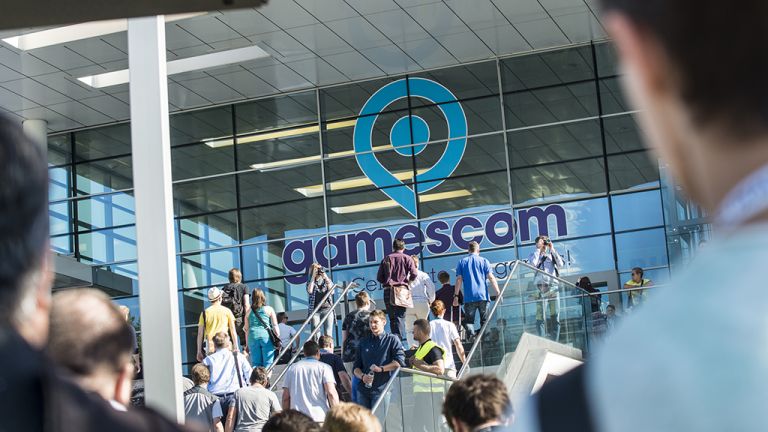 August used to mean a quiet breather between the summer hype zone of E3 and the onslaught of the winter months, but in 2017 those potentially rainy four weeks equal lots of new games and the second biggest gaming expo of the year.

Gamescom has grown into one of the biggest platforms for developers and publishers to show off their upcoming wares, and while we don't expect anything new on the hardware front (Xbox One X having already been unveiled back in June), there'll still be plenty of familiar IP making themselves known in Cologne.

The important dates and times

Gamescom 2017 will take place in Cologne, Germany from Tuesday 22 August to Saturday 26 August 2017. If you've bought a ticket and are flying there in person, there will be hundreds of booths with all sorts of new titles available to play on the show floor. If you're staying at home, here's when all the action will be kicking off:

No big shocker here, what with Xbox One X already unveiled at E3 2017, we're fully expecting the House That Gates Built to use that supercharged hardware to push the games we already know are heading to the 'Xbox One family of consoles' in 2017 and beyond.

So expect more photorealistic racing in the form of Forza Motorsport 7, a greater focus on Rare's MMO pirate simulator, Sea Of Thieves, and smaller titles such as long-delayed indie platformer, Cuphead.

There are rumours doing the rounds that Rockstar could take to the stage to unveil Red Dead Redemption 2, and while the reveals at E3 over the last two years have made us believe that dreams do indeed come true, don't be too disappointed if RDR2 no shows Cologne.

Sadly, Rockstar almost always shuns all the big expos in favour of its own bespoke announcements. Still, there could well be a few surprise announcements to made at Xbox @ Gamescom Live Show - perhaps a cheeky tease for Halo 6? Stranger things have happened...

We do know that Microsoft will be going all out for the remastered Age Of Empires Definitive Edition, celebrating the series' 20th anniversary with a live stream on 21 August at 8pm BST. Tune in if you love your strategy with a pinch of classic.

Nintendo pushing Super Mario Odyssey, Metroid and more with all the livestreams

As we all know, Nintendo does things by its own rules, so this year it'll be descending on Cologne with a raft of gameplay-heavy livestreams. And, of course, Super Mario Odyssey - the next big tentpole release for the Big N - will be the star of the show.

This is the first proper console 3D Mario platformer since Super Mario Galaxy 2 in 2010, and with its November release mere months away, we're looking to see a lot more of Mario's new playground beyond New Donk City, as well as how deep that hat-throwing/possession mechanic really goes.

The stream will be at 6pm BST on 23 August, with producer Yoshiaki Koizumi on hand to talk us through just how big the return of the mustachioed plumber really is. With Splatoon 2 already laying down paint and condiments in the wild, this is going to be the last big release for Nintendo on Switch in 2017.

On the 3DS side of things - a platform Nintendo is clearly not ready to wave goodbye to just yet - we're getting a livestream dedicated to Metroid: Samus Returns. The stream goes live at 11am on 24 August, with producer Yoshio Sakamoto and José Luis Márquez, creative director of developer MercurySteam, on commentary duties.

We're also expecting to a lot more gameplay to be revealed for Xenoblade Chronicles 2 (another big Switch release slated for 2018) and Fire Emblem Heroes. As for surprises, we'd expect Nintendo to roll out any other big announcements at a Treehouse livestream later in the year.

Ubisoft doubling down on its triple-A franchises

The French mega-publisher had a lot to showcase at E3 2017, so we're expecting plenty of follow-up come the next big expo in Cologne. Far Cry 5 and Assassin's Creed Origins - two of its biggest and most recognisable franchises - should feature heavily, with more gameplay and developer insight to get mouths watering before their respective winter releases.

Ubisoft has also confirmed that Mario + Rabbids: Kingdom Battle (due out at the end of the month for Nintendo Switch), Just Dance 2017, The Crew 2, South Park: The Fractured But Whole and For Honor's new DLC will be showcased this month.

There's been no word that Ubi will be bringing Starlink: Battle For Atlas - the surprise toys-to-life title revealed at E3 2017 - but Ubisoft head honcho Yves Guillemot was talking it up recently so we we're hoping this intriguing sci-fi dogfighter gets a follow up at Gamescom.

Bethesda has cemented its E3 show as one of the biggest and most popular of the annual main event every June, so it's no great shock to see the big publisher showing a considerable presence at Gamescom.

We're expecting Beth to capatilise on the positive reception Wolfenstein: The New Colossus has received since its reveal two months ago with a nice long stretch of gameplay. We're also expecting Bethesda to use Gamescom to push Dishonored II's first proper expansion - Death Of The Outsider - so prepare for more shadow-stalking death with Billie Lurk and old favourite, Daud.

There's also a good chance we might hear more about The Evil Within II (with some actual gameplay, we hope), although we wouldn't be surprised to see Sony bag that and hold it back until its own bespoke show in December.

And surely we're set to hear more - and actually SEE - The Elder Scrolls V: Skyrim running on Switch. The game is fast approaching its sixth birthday so Bethesda really need to get a game that was used to sell the handheld console at its reveal last November out there before the end of the year. (So expect it to come out in 2018, naturally).