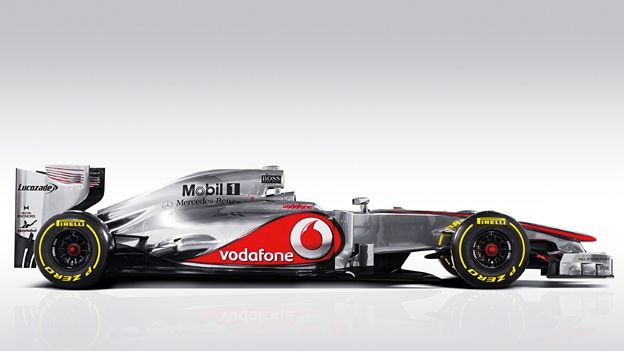 Recording anything that goes 200mph is tricky. We asked F1's top teams for the inside track on the tech inside the car...

When we think of Formula One technology, invariably we think of screaming V8 engines, super sticky tyres and the now infamous Kinetic Energy Retension System (or KERS for short).

But there's plenty of other stuff going on in an F1 racer that we'd never normally think of. With the help of some of Formula One's top teams, we've brought you a few smaller, but equally incredible bits of tech from inside an F1 car.

You're able to hear what each driver is saying because he's wearing custom-made earplugs, and speaking into a minute, noise-cancelling microphone installed in his crash hat. The double face mic is just 5mm in diameter and 2mm thick and can usually manage around 80 per cent noise suppression thanks to two signals – one that broadcasts the driver's voice and another that cancels the noise of the car and the electrical noise that can interfere with the radio from the car's generator and voltage regulator.

The electronics that manage the radio link between the car and the pit that we all hear weigh no more than 200g and are installed in the cockpit. The 12 teams are allocated specific frequencies on race day, but that still involves up to 40 frequencies per team including drivers, mechanics and various telemetry frequencies from the chassis and engine. On race day there are upwards of 900 radios on the air including broadcasters, security, hospitality, other teams and fans, so each team has to decide on a frequency strategy so that it can be picked up by the FIA broadcast.

On every day of a grand prix weekend each car must be fitted with at least five camera housings, with one mandatory camera, weighing less than an iPod Touch, placed above the air box behind the driver's head. With its 39.2mm single lens it shoots at 240fps, which represents the limit of human visual perception – handy when a car is hitting a top speed of 190mph down Hangar Strait at Silverstone. The captured images are beamed back via the Formula 1 Interface unit to go out on the “World feed”, so viewers globally see all the same images at exactly the same time. The cost of each camera is about £15,000.

When the driver hits one of the paddles on his steering wheel to change gear it feeds into the TAG-320 electronic control unit (ECU) built by McLaren electronics, responsible for every F1 car's drive-by-wire system. The seamless shift gearbox registers the change, which happens in 1/10,000th of a second, and sends the information back to the ECU. This processes it wirelessly in real time over the FIA network so that the driver's gear selection shows up on screen when looking at the onboard camera.

There are sensors on the four corners of the car that take information from the wheels and interface with the HIU-3 hub interface units. These send the info back to the TAG-320 ECU via a two-wire network, which vastly reduces the number of wires running around the wishbones. It's then transmitted to the FIA network and is interpreted into the onscreen rev counter.

The wheel is home to the KERS boost button, which is depressed by the driver to release some, or all, of the kinetic energy captured while braking, sending up to an additional 80bhp to the rear wheels. Sensors on the batteries, housed under the chassis, detect the charge level of the packs and store the information on the ECU. The data is then picked up wirelessly and converted into an onscreen battery visual.

All cars are fitted with dual timing transponders that record lap times. The primary transponder, made by AMB, is recessed underneath the car at the front axle and transmits a unique ID from a 45-degree beam when it passes over a timing loop – two wires embedded in the track. every loop is connected to a receiver and decoder, which then sends the ID to the timing software on FIA computers at the control centre. The data is then uploaded to feed broadcasters.