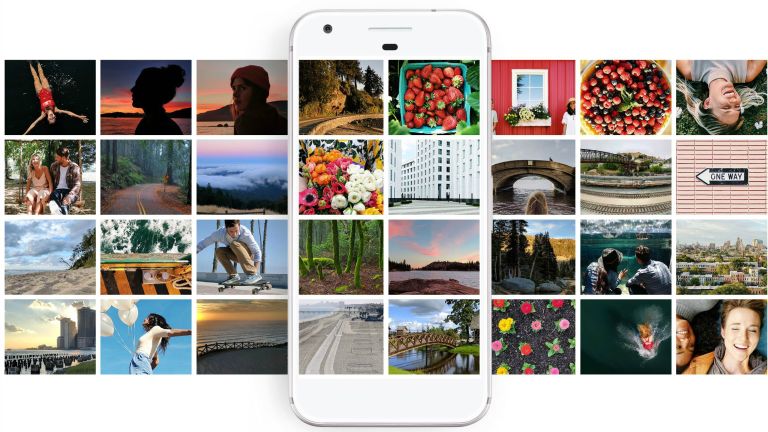 Apple, Samsung and all the other major tech companies have unveiled their flagship products for 2017, which left just one big name outstanding: Google.

Google hosted an event this evening and you can relive it via YouTube below.

Check out everything Google announced:

Here's everything that was rumoured before the Google Event

We're expecting to see some new phones, a new Chromebook, a new, smaller version of Google Home, and maybe a few bonus surprises as well (like an updated Daydream View). Read on to learn about all the rumours.

Most of the attention will be on the new 2017 Pixel phones Google has got lined up. Like last year, it sounds like both a smaller and a larger handset are on the way - look out for one handset with a screen around 5 inches in size, and one with a screen that goes all the way up to 6 inches

According to some sources, Google is ready to adopt the 18:9, minimal bezel design used in the Galaxy S8 and several other phones this year too.

We've seen plenty of other leaks over the last few months, and most are pointing to squeezable sides as an alternative input option (just like the HTC U11), an upgraded camera, and some special photo effects for good measure, like that bokeh effect or blurred background that seems to be everywhere at the moment.

Price-wise, the Pixel 2 has been tipped to start at $649 (roughly £485) with the Pixel 2 XL available for $849 (roughly £630) and up. Those are straight currency conversions but the UK price is likely to be considerably higher than those would suggest.

Also heading our way on Wednesday, if the rumours are to be believed, is a brand new Chromebook called the Pixelbook. Apparently it's coming with 128GB, 256GB or 512GB of internal storage, with prices starting at $1,199 (roughly £895).

That's a lot to pay for a computer that's basically just a web browser, but Google has form in this area - it's released two premium-priced Chromebook Pixels in years gone by, though we had been led to believe the company wasn't planning another one.

Now it seems Google is ready to return with an expensive, flagship Chromebook with slightly rejigged Pixel branding to fit in with all the other Pixel stuff it makes now. Reports say the laptop will also be able to work in a tablet mode, and there's an optional $99 (£75) stylus on the way too, making this a proper Surface Pro competitor.

It of course makes sense for Google to have its own-brand Chromebook line, but don't expect these to fly off the shelves - like the Chromebook Pixels before it, the Pixelbook is likely to be a reference design for all the other manufacturers to aspire to.

The Google Home smart speaker has been something of a hit for Google, or at least the perfect showcase for its Google Assistant. Inspired by the Amazon Echo, we reckon it's cuter and cleverer than Amazon's device, though there's not much in it.

Where Amazon still has the edge is with the Echo Dot, a cut-down Echo that can plug into any speaker and make it smart. Sure enough, the speculation is that a Google Home Mini is in the works, doing exactly the same job and yours for $49 (about £37).

You're going to be able to pick it up in chalk (white), charcoal (black), and coral (orange-y) colours, and it'll do everything its bigger brother can, only with less of the booming audio. As well as giving smart home enthusiasts a cheaper option for their talking speaker, it'll also make it easier for existing Google Home owners to expand the smart network of assistants to other rooms.

Like the Pixelbook, the Google Home Mini is a product that makes a lot of sense for Google and we'd expect it to sell a lot of these smaller speakers in the run up to Christmas.

Google is committed to going all in with virtual reality, and it will continue to plug the associated hardware and software no matter how many (or how few) Daydream View headsets it's managed to shift so far.

Well, it sounds like another Daydream View headset is on the way, set to appear at the same time as the new Pixel phones (and of course they'll all be compatible with each other). Judging by the leaked pics, the design has been tweaked, and the $99 (roughly £75) gadget will be available in charcoal (black), fog (grey), and coral (orange).

Again, this is an area that Google really needs to be in to keep up with the Samsungs and the Apples of this world, and around a year after the first Daydream View appeared feels like a good time to launch its successor, even if the differences are slight.

That's a bumper haul of new kit then, and we'll be bringing you news of everything that Google announces, as they announce it, next Wednesday evening. To follow along at home, point your browser towards the live stream on Google's YouTube channel.