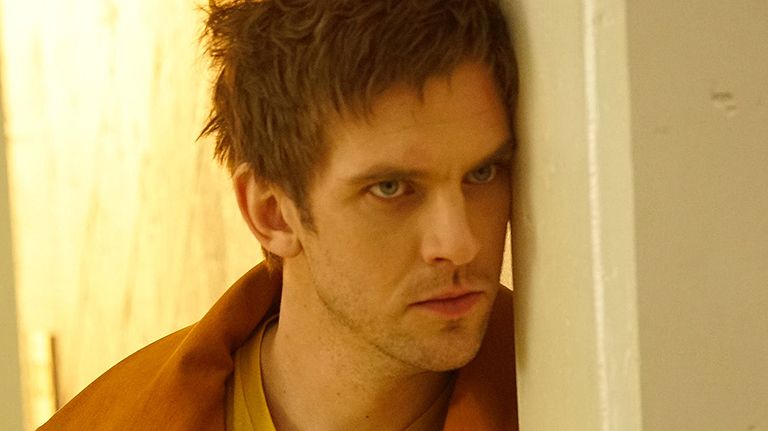 The world’s best actors and directors are swapping the silver screen for the humble TV set more than ever to bring addictive dramas to us on a weekly basis. And while 2016 delivered some amazing shows, from the X-Files to newcomers everyone was talking about such as Stranger Things and Westworld, 2017 has some equally epic original new shows, eagerly awaited sequels and some killer come back kids…Twin Peaks anyone? Here are T3 Towers’ favourite picks for the year that will keep you glued to your set. Are you sitting comfortably?

Click through the slides below to get details on each show

Based on Liane Moriarty’s bestselling book of the same name, this subversive, darkly comedic drama tells the tale of three mothers of first-graders whose seemingly perfect lives in southern California unravel to the point of murder. As well as a meaty plot, the HBO mini series, which airs on Sky Atlantic in March, features of Hollywood’s biggest hitters, including Reese Witherspoon and Nicole Kidman. If you enjoyed films like Gone Girl, prepare to be gripped this spring.

As Donald Trump shakes up the US, to some, it may seem lie the end of the world. And this year Margaret Atwood’s classic dystopian novel, The Handmaid’s Tale, is coming to streaming service, Hulu. The 10-part series of the same name is set in the totalitarian society of Gilead where ‘handmaids’ are forced to have babies to repopulate a devastated world. Elizabeth Moss (Peggy from Mad Men) plays the lead role of Offred – a handmaid whose task is to produce a baby for The Commander, played by Joseph Fiennes, or face near certain death in a radioactive colony. Nasty. The visually-rich series follows Offred’s plight and quest to find the daughter who was taken from her. While Hulu is only (legally) accessible in the US from April 26, MGM is the distributer so we’re keeping our fingers crossed the series will come to the UK by the end of the year.

The clock’s ticking again with 24: LEGACY. The edge-of-your-seat thriller has evolved but has kept the same real-time format that’s propelled the Emmy Award-winning original show. The new series chronicles an adrenaline-fuelled race against the clock to stop a devastating terrorist attack on United States soil and makes its debut on Fox UK on 15 February. Expect a plot that twists and turns, beginning six years ago in Yemen when an elite squad of US soldiers led by Eric Carter (played by Corey Hawkins) killed terrorist leader Bin-Khalid. His followers declare a fatwah against Carter, his squad and their families forcing them into witness protection, but they’ve been exposed. Fasten your seatbelts.

If you love a bit of sci-fi with a twist, Legion could be for you. Making its UK debut on 9 February, Fox’s show tells the tale of David Haller, aka Legion. He’s a haunted man with an incomprehensible but incredible power, which comes at the steep cost of his mind. Plagued by numerous split personalities – each commanding a different aspect of his power, Legion is battling to find his way back to sanity, but he’s getting tired and about to give up. That is, until he meets the girl of his dreams.

Have you ever thought what may have happened if the Germans had won the Battle of Britain? SS-GB – the BBC’s latest spy thriller – explores that scary scenario, focusing on British Detective Douglas Archer, played by Sam Riley. Forced to work under the brutal SS in occupied London, Archer is determined to continue to do his job in the service of his country, but against impossible odds. Based on Len Deighton’s novel with a screenplay written by Robert Wade of James Bond fame, tensions mount following the mysterious murder of a pilot, which may only be solved with the help of US journalist Barbara Barga (Kate Bosworth). The thought-provoking drama’s a great way to while away a rainy February.

2017 may well be the year of the thriller. Walter Presents on Channel 4’s big offering is Valkyrien, which has the intriguing premise of two men running an illegal hospital in a secret underground tunnel in Oslo. The eight-part series follows Dr Ravn (Sven Nordin), a surgeon who is desperate to find a cure for his dying wife. As the hospital has given up on her, he creates ties with the criminal underworld to set up a treatment centre to save his love and treat robbers and other criminals. The corrupt Leif (Pål Sverre Valheim Hagen) is his accomplice who has an encyclopaedic knowledge of old bomb shelters and passages due to his conviction the end may be nigh.

If the original Wizard of Oz is too upbeat for your liking, Emerald City could be right up your yellow brick road. The premise of the recognisable plot is a clash between magic and science but Dorothy is much more kick ass (must be the red slippers). In fact, the famous heroine, played by Adria Arjona from True Detective is a police officer, while Toto is her canine companion. The series have just begun in the states. If you’re hoping for catchy musical numbers, you may be disappointed!

You may have seen the advert of Drew Barrymore about to take a bite out of a nauseating sandwich stuffed with dripping bodyparts. The Hollywood A-lister joins Timothy Olyphant in a black comedy set in Santa Clarita, California. The duo play suburban parents Sheila and Joel The trouble begins when Sheila feels ill and is diagnosed as 'undead'. Her family then rally round to satisfy her cravings for human flesh while making sure they look normal to the neighbours. The first episode in particular, which aired February 3 on Netflix) has received mixed reviews but zombie fans will enjoy the gore, while comedy fanatics may relish something a little bit different. A great option for a bloody good binge.

America may be in a state of flux, but not as much as in American Gods, Amazon Prime’s latest fantasy offering based on Neil Gaiman’s first novel. Set in the US, it’s a clash of the titans between classical gods who arrived in America as immigrants and live among normal people undetected, and the new deities of the internet and commerce. Ex-Hollyoaks actor Ricky White plays Shadow Moon, While The X-Files' Gillian Anderson is Media - the spokeswoman for the new gods. Intriguing. Date TBC.

In his first TV drama since Luther, Idris Elba dons some stylish 1970s garb to play a man who sets up a radical underground cell in London. Sky Atlantic’s six-part drama is set in London shows a part of British black history that rarely gets screen time – the ‘Black Power Desk’ which was a real counterintelligence unit set up to crush black activism. Elba’s character targets this branch and the series also features impressive performances by Zawe Ashton and Frieda Pinto. Despite being set in a time of social upheaval, Guerrilla is also an epic love story. Prepared to be enthralled this April.

If you enjoyed The Borgias, there's another helping of luxurious depravity being served up on Sky Atlantic this year. Julia Styles plays lead character Georgina in new series Riviera. Her character marries a billionaire art collector who is then blown to pieces on an oligarch arm dealer’s yacht. So far, so intriguing. Unsatisfied by a vague police report, she undertakes the task of solving his mysterious death, only to find she must confront certain truths and finds dig deep into her husband's own shady business deals. While fighting to maintain her won luxurious lifestyle, Georgina is dragged into a world of criminals where nothing is as it seems.

And some big names return

They may not be ‘all new’ for 2017 but some of TV’s most popular shows return for new series this year. They include series 7 of Game of Thrones which is rumoured to begin this summer on Sky and include some killer cliff hangers as well as the deaths of major characters (no doubt in some shocking and gruesome ways). Season 2 of horror hit Stranger Things also kicks off on Netflix sometime in 2017 and the third and final series of Broadchurch is coming to ITV. This time, DI Alex Hardy (David Tennant) and DS Ellie Miller (Olivia Colman) are investigating a serious sexual assault in the Dorset community. Finally, after a long hiatus, Twin Peaks will make a huge comeback. The David Lynch show finished in 1991 and will return this May on Showtime.

Watch trailers for each show here