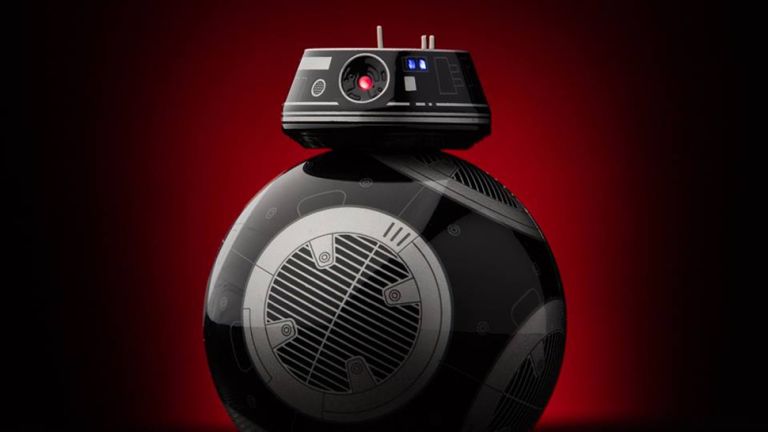 With Star Wars films now arriving like clockwork every Christmas - The Last Jedi this year, Rogue One last year, The Force Awakens the year before that - it's almost as if Disney are planning the movie releases to maximise the amount of gifts they can sell along the way.

Well, of course they are, but we're not complaining: if there are Star Wars fans in your family or close group of friends (highly likely) then you're spoilt for choice when it comes to picking out a gift for them. Here are 10 of our favourites on sale this holiday season.

For that special someone

The Lenovo Yoga 920 convertible laptop is a great machine in its own right, but add on a Star Wars theme to the whole affair and suddenly it looks very appealing indeed. You get a 4K display, measuring 13.9 inches diagonally, that can be rotated in all kinds of positions, plus one of the latest Intel processors, 16GB of RAM, a speedy 512GB of solid-state storage and plenty more besides.

Like the Lenovo Yoga 920, you're only going to buy this for your nearest and dearest, but maybe you can have some fun with it as well - and what a gift. The most iconic spaceship in the Star Wars series, carefully recreated in more than 7,000 Lego bricks, and complete with minifigures of characters past and present, it will take you all Christmas day to build this huge, collectible set.

The droid you're looking for...

+Control it with your phone+Interacts with other Sphero droids
Today's Best Deals
£65.49
View at Amazon
594 Amazon customer reviews
☆☆☆☆☆

You may remember the Sphero BB-8, and the BB-9E is one of the newer members of growing family of droids that Sphero is making. Like the other models in the range, the BB-9E droid can be controlled by your phone and roll around on its own, and it comes with a few augmented reality tricks as well. What's more, it can react to movies from the Star Wars saga while you watch them.

There's an absolute mountain of reading material that goes along with the Star Wars universe - some of it now labelled as non-canon by Disney - but Thrawn by Timothy Zahn is one of the best gift options for someone in your life. It introduces one of the best villains in the series outside the main movies, and it's also got Disney's blessing, so it fits in with the films you're already familiar with.

This collection of three outdoor coats from Columbia is modelled on the styles of The Empire Strikes Back, though you'll have to hurry if you want to dress up like Luke, Han or Leia on Hoth - this is a limited edition run. All of the garments are waterproof and come with Columbia's special omni-heat reflective fabric, designed to conserve body heat whatever planet you're on.

Deep down, all any Star Wars fan really wants to do is wave around a lightsaber and pretend to be having one of those epic duels we've all seen on screen. You can make this happen for your Star Wars-loving friend or relative with this affordable lightsaber straight from Disney's official line - this is the one that Rey uses in the movies but you can get others linked to other characters.

Possibly the coolest way in this universe or any other to pump out your tunes, the Plox Levitating Death Star Speaker is sure to strike fear into your enemies as they realise you've lead them into a trap involving a fully operational Bluetooth speaker and your collection of Star Wars soundtracks. Although on the other hand you are buying this gift for someone else, aren't you...?

+Cute and cuddly+Available in two sizes

One of the new creatures you'll be introduced to if you go and see The Last Jedi this Christmas, the Porgs are set to be a bigger hit than the Ewoks were all those years ago. This soft toy is the perfect gift for the younger Star Wars fan and isn't going to put a massive dent in your budget either - and a variety of other characters are available too, from both sides of the Force.

+Superb attention to detail+Complete with minifigures

If the Lego Millennium Falcon (see higher up) is too expensive for your gift list, or your inclinations are a little more towards the Dark Side, then consider this impressive set that works equally well as a toy or something to display on your desk. Even the Kylo Ren comes with a little scar on its head, and putting this together has to beat watching another Christmas repeat on television.

Get immersed in the Star Wars world

If you're buying gifts for a gamer who's also a Star Wars fan then Battlefront II is the obvious choice, available now for PC, PS4 and Xbox One. The shooter sequel features an improved multiplayer experience, a new single-player campaign mode, and everything from deep space to dogfights to ground level melees. Now if they can only fix the loot box system as well...