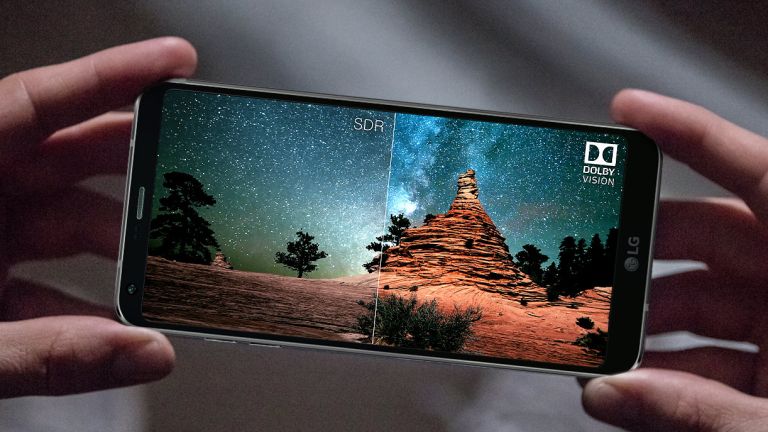 T3 is reporting live from Mobile World Congress 2017 in Barcelona and, so far, it's been one hell of a show. Hot new handsets are being unveiled left, right and center and - as we're T3 - we've covered them all. As such, if you want to get the lowdown on many of this year's top devices then you've come to the right place, as what follows is a smartphone smorgasbord.

Here we've provided a kind of zeitgeist tape of the top phones revealed at MWC 2017, with a little bit of information on each. However, if you desire more information about any single handset, then handy links are included to T3's comprehensive full coverage too, giving you the best of both worlds.

With a stunning 18:9, HDR, 5.7-inch, quad HD+, 2,880x1,440 resolution screen, the LG G6 is evidently one of the most cutting edge phones to revealed so far at MWC 2017. Not only is the LG G6's super tall IPS LCD absolutely stunning, but the device comes packing 60fps 4K recording capabilities, a large 3,300mAh battery and - in a world first for a non-Google Pixel handset - built in Google Assistant.

Pricing and availability have not been confirmed, however, we're guessing the LG G6 will retail for around £529.

BlackBerry is back with both a classic physical typing keyboard and Android Nougat. Previously referred to by the code name BlackBerry Mercury, the BlackBerry KeyOne features a 4.5-inch 1,620 x 1,080 IPS display, Qualcomm Snapdragon 625 octa core CPU, 3GB of RAM, 3,505mAh battery and built in trackpad for gesture inputs. Throw in a 12MP, 4K camera, expandable memory and fingerprint sensor and it's clear to see why people are talking about the brand again.

The long-awaited successor to the Huawei P9 is here and, unsurprisingly, the Huawei P10 looks rather tasty. Running on Android 7, the handset comes packing a Kirin 960 Octa-core CPU, 5.1-inch IPS LCD display, 4GB of RAM, a large 64GB of internal storage (which can be bumped up by another 256GB with a microSD), and super hot Leica-brand front and rear cameras. In addition, the P10 comes with a 3,200 mAh battery and Huawei Supercharge tech, the latter granting the device a full-day charge in just 20 minutes.

Another low-end device, however, a rather surprising one all told, the Nokia 6 reintroduces the brand after a period of decline and inactivity. The handset will launch exclusively first in China, before going global at a later date, and features a 5.5-inch full HD display, Snapdragon 430 CPU, 3GB of RAM, 32GB of internal storage and a 3,000mAh battery. The handset's cameras don't look bad either, with 16MP on the rear and 8MP on the front.

The base model will launch at £195, with a special edition variant entitled the Nokia 6 Arte Black, retailing for £215.

Sony released its most advanced smartphone to date at MWC 2017, with the Xperia XZ Premium not only boasting some really tasty core specs, but also a brand new and innovative Motion Eye camera. Specs-wise, you're looking at a 4K HDR 5.5-inch display, Snapdragon 835 CPU, Gigabit Class LTE (up to 1Gbps) and a super slick glass and metal build. The camera on the other hand allows you to record video up to 960 frames per second, which is not only four times slower than any other phone is capable of, but super, duper, state-of-the-art slow.

Ok, so there hasn't been anything massive shown of the Samsung Galaxy S8 and S8+ at MWC 2017, however, there was a teaser trailer as well as plenty of buzz about the upcoming handsets, which promise to be some of the biggest releases of the year. Indeed, the latest word on the convention hall floors is that the S8+ will ship with an outrageous 6.2-inch Quad HD+ Super AMOLED Display with either full rectangle or rounded corner options available. A 4K resolution is expected too, as well as 4GB of RAM, 64GB of storage with microSD expansion, IP68 waterproofing and 4G LTE connectivity among others.

Right now price is hush hush, however, release is confirmed as March 29.