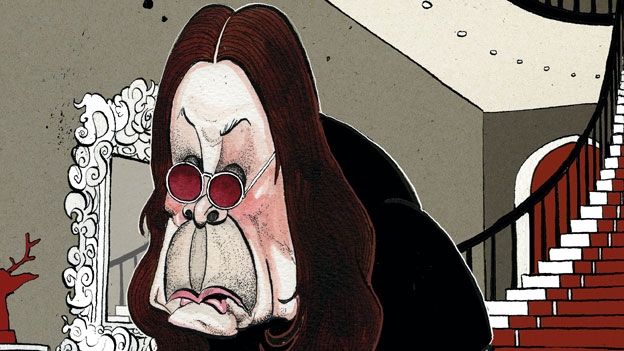 As MTV on-demand launches in the UK letting you watch Geordie Shore any hour of the day, we ask the question what has happened to our music television?

"Ladies and gentleman... rock 'n' roll" may have been MTV's first words on August 1, 1981, yet things have got steadily less iconic since. But just why has music telly run downhill faster than Ozzy Osbourne's critical faculties? T3 has some culprits...

1. The day the music stopped

Matters became a tad confused when music channels stopped playing, y'know, music. At the turn of the millennium, videos featured for up to eight hours a day of MTV's schedule. By 2008 it was three hours, and by 2020 it'll be down to about three videos, if you're lucky. Justin Timberlake challenged MTV to “play more damn videos!” at its own 2007 Video Music Awards but to no avail. MTV ignored him, and Timberlake was so furious, he bought MySpace for $35 million. Well, that's the only logical explanation for that purchase that we can come up with, anyway…

Busted (students get drunk, then arrested), 17 and Pregnant and Teen Mom (both self explanatory), The Buried Life (idiots travel around in bus doing cool stuff ), My Super Sweet 16 (spoilt bastards enjoy parties costing only slightly less than the gross domestic product of Portugal), I Just Want My Pants Back. No, not Paul Gadd's DVD collection, but a handful of MTV's reality shows. Execs are obsessed with real young people doing real young peoples' things. The Real World invented this pestilence in 1992, and today we have Jersey Shore, which has done more to make Italian Americans look terrible than the Mafia and John Travolta put together.

There's actually a reason why music channels no longer play videos: they're rubbish. Gone are the days of besuited men leaping through wedding cakes to escape the rain while Slash rocks out a solo in the middle of the desert. With the big-budget bubble seemingly burst, these days we have blokes dressed like they've been doused in glue and pushed through All Saints, poncing around in front of a white background. Hey, who are you calling “old bastards”? Get off our lawn, kids.

Timberlake again. MTV produced the half-time show at the 2001 Super Bowl. It went without a hitch, so MTV was hired again for the 2004 show, only for star turn JT to go and rip open Janet Jackson's dress – the man really is full of rage – revealing a bit of a boob. The concept of the “wardrobe malfunction” was born and America duly went mad: huge fines were handed out and people called for the immediate arrest of all musicians more edgy than DJ Sven and Miker G. Repercussions are still felt today, with Lord Coe said to be debating the wisdom of going ahead with a similar stunt involving Boris Johnson's penis for the Olympics opening ceremony.

Finding out on a daily basis what tops the “100 Best Tuesday Afternoon Downloads” chart (spoiler alert: it's probably Don't Stop Believing) on one of today's music channels will never offer the same thrill you had as a young gun, waiting to see if the Pearl Jam Spin The Black Circle CD single you held in your hand would be number one, only to find it had ended up at number 10, beaten by Jimmy Nail's Crocodile Shoes at number eight and Pato Banton's Baby Come Back at number two, as happened in 1994. Ah, they don't make tunes – or charts – like that anymore. Oi, we thought we told you kids to get off our lawns? And seriously, stop calling us “granddad”.

Daria, Beavis and Butthead, The Head, Celebrity Deathmatch and more, interspersed between endless plays of Smells Like Teen Spirit and Nothing Else Matters all helped to give prime-period MTV its grungy edge, but soon these started to give way to Ozzy Osbourne shuffling around his mansion clearing up poodle poo, Ashton Kutcher “punking” his Hollywood chums – what japes! – and endless “rides” being “pimped”. Our youth had died and been shovelled into the same bin as all of MTV's crayons and Plasticine.

In the 80s, there was one. Today, there are 26 dedicated music channels. The likes of Vault, Flava, Channel AKA, Scuzz, Dance Nation TV, 4 Music, NME TV and Lava lie in the murky depths of your EPG and feel even less essential than, say, Movies 4 Men 2 +1 or BBC3. Some of them even still let you request videos by phone, something all normal people now use something else for…

8. All hail the internet

Of course, the main reason why music channels are now defunct. The web, or more specifically YouTube, means we're now able to get all the childish things we loved from early music channels – the animations, the controversies, the music, even clips of Ray Cokes – in an instant. The internet also makes things private, allowing us to watch Dirrty and I'm A Slave 4 U, to pick two random videos, without our “tastes” being judged, and made every version and spoof of every song available wherever we went. If video killed the radio star, YouTube killed the music TV star. Oh-ah ooaawww!