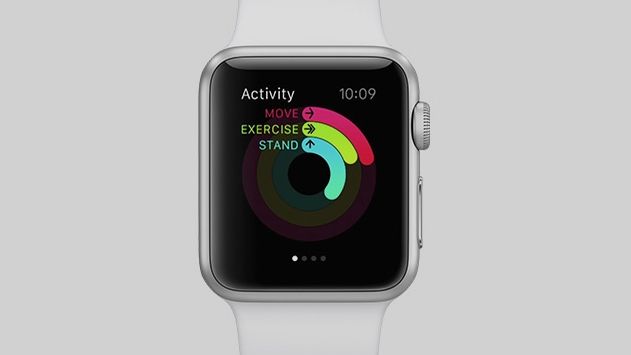 After saying the classic Apple line 'One more thing' for the first time since the death of Steve Jobs, Tim Cook finally announced the iWatch. Oh, wait, that's actually the Apple Watch. With a release date pegged for early 2015, could this be the first wearable to really take the mass market by storm?

Let's run down the list of features and see what the iWatch really does and what are its headline features.

Controlling the Apple Watch is mainly done through twiddling a brand-new button that Apple calls the 'Digital Crown'. Roll it one way to zoom in, and the other to zoom out. It's also a button, so a press down selects an option.

There's also a toushcreen, or as Apple calls it a flexible Retina Display.

The Apple Watch utilises a completely new UI that is radically different to both iOS and OSX. All your apps are bunched together on the homescreen and you can zoom in and out, using the Digital Crown, to see more or less.

As it's a watch, the first thing you see when you raise it to your face is a clockface – these can be customised and Apple showed off a whole load including a Mickey Mouse one and a crazy astrological one that takes from the Earth to the moon (and back).

As we predicted, the Apple Watch will run apps. Along with the bevy of first party Apple apps like a stopwatch, message and photo viewer, phone answerer and a couple of fitness related ones we'll get on to later, we also caught a glimpse of some of the third party apps that will come with the launch of the Apple Watch.

We spotted apps from Twitter, BMW, City Mapper, American Airlines and Facebook, but we guarantee there will be a load more when this baby launches in the early part of next year.

A slightly odd addition, Digital Touch is a sort of messaging app that works between Apple Watches – letting you send short vibration messages (or even your pulse) to someone else rocking the watch.

Just like the Moto 360, the Apple Watch charges wirelessly and just like the MacBook line; it uses a MagSafe magnetic adaptor to clip onto the underside of the watch.

That's really all we heard, with no details about battery life or charging time being discussed,

The metal chassis, curved corners and bands created from premium material just scream Apple design. What's interesting though is that the Apple Watch comes in two sizes – a 38mm and 42mm version and a load of colours and material options – including Stainless Steel, aluminium, gold and rose gold and Space Gray aluminium.

Instead of just announcing one version of the Apple Watch, the Cupertino based company has in-fact launched three distinct models in two sizes.

First off is the regular Apple Watch, then there's the Apple Watch Sport Edition – which boasts a stronger build, while still being light and durable. Finally the Apple Watch Edition is aimed at the top end of the market thanks to a 18 karat gold build.

From the sapphire lenses on the back to the accelerometer and gyroscope inside, the Apple Watch is crammed to bursting with sensors. They're vital too as they do everything from turning the display on when you raise it up, monitoring your fitness and even reading your pulse.

Speaking off those sensors and a couple of apps that will use them the most will be Fitness and Workout.

As many suggested, the Apple Watch is heavily tied into the fitness space and is aiming to be your virtual workout buddy, just like the Jawbone Up or Nike Fuelband for example.

All the data you collect from your wrist can be passed to the new Health app in iOS.

As with the iPhone 6 and 6 Plus, the Apple Watch also features NFC and makes use of Apple's Pay service for making mobile payments.

Price and Release: Where can I get one?

Well the US release date is pegged for early 2015, with a base price of $349, we'll of course keep you updated with any UK developments as soon as we hear them.