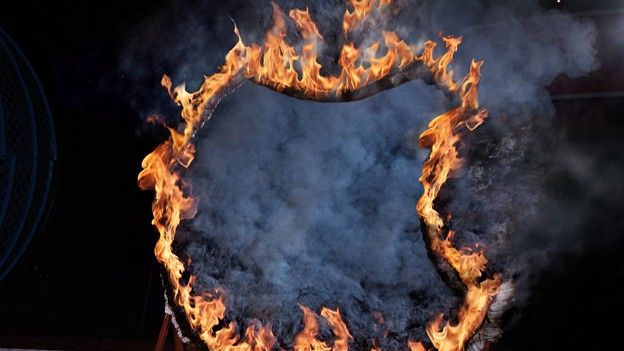 Samsung Galaxy S2 #winning, Nintendo 3DS landing, iPhone 4S launching and Steve Jobs' passing, there's been plenty to talk about in 2011. Here's the biggest stories to grab the headlines in the past twelve months

Legal battles, multi-million takeovers, boardroom shuffles, and of course a raft of new gadgets, 2011 has been a big year for the world of tech. As we prepare to wave goodbye to 2011 and embrace 2012, T3 looks back at the headline-grabbing stories that shaped the past twelve months.

Can you remember when we first saw the Samsung Galaxy S2 or when Angry Birds was knocked off its perch? Jog your memory with T3's tech year in review. It was nice knowing you 2011...

6-9
CES 2012: the annual Vegas tech-fest sees the BlackBerry PlayBook and Motorola Xoom vie for title of best tablet, while Samsung's Smart TV offering is the pick of the 3D tellies

6
Apple launches the Mac App Store. One million bits of code rushed to Mac owners' desktops in the ensuing 24 hours

17
Steve Jobs takes a medical leave of absence from Apple

2
Android Honeycomb is officially unveiled. Apple and News Corp announce The Daily, an iPad-only newspaper. This goes on to be a massive success, losing a mere $10 million in its first quarter

8
Fresh from buying out Palm, HP launches the WebOS-running HP TouchPad tablet. This went on to enjoy a level of success comparable to The Daily, above

14-17
Mobile World Congress in Barcelona sees the arrival of the eventual T3 Gadget Award winning Samsung Galaxy SII and the long-awaited (yet not award-winning) “PlayStation phone”, the Sony Ericsson Xperia Play. LG announces the Optimus 3D while HTC gets into tablets with the Flyer

2
Despite being on leave, Steve Jobs turns up at the launch of the iPad 2. The device sells bucketloads within nano seconds of going on sale

22
Amazon launches an Android app store to compete with Market

26
The Nintendo 3DS goes on sale, dogged by a lack of high-profile launch titles, reports of headaches, and the boom in phone gaming. Nice little machine, though

5
PlayStation Network falls victim to a hack, compromising the personal data of over 100 million users and, more importantly, preventing them from getting their game on while a fix is arranged

7
The Motorola Xoom reaches the UK. A high asking price means it fails to “xoom” out of shops

28
Ten months after it was promised, Apple finally releases the mythical white iPhone 4, to the delight of the gay and salesman communities

10
Microsoft announces it has agreed a deal to buy Skype for $8.5 billion in cold, hard cash. Its promise not to ruin Skype inspires huge confidence

13
Audi announces plans to launch the R8 e-tron, its first fully electric car. It arrives in late 2012. The word “étron” is French for “turd”, interestingly

26
After a staggering 275 days atop of the App Store charts, Angry Birds loses its number one slot to less-wellknown game The Heist

1
The Motorola Atrix, crowned number one in the annual T3 Hot 100 gadgets, launches

7-9
The E3 gaming expo in LA sees Nintendo's Wii U unveiled with a six-inch touchscreen tablet/joypad thing that confuses all attending. It'll go on sale in 2012

10
Following a 15-year delay, Duke Nukem Forever is released. Everyone hates it

29
Google+ gets 20 million sign-ups while still invite only. Interest subsequently wanes a tad

2-3
The BBC screens the Wimbledon singles finals in 3D, the Corporation's first such broadcast

7
Facebook and Skype link up to offer hot video sex – sorry, chat – on the social network

28
The BBC iPlayer sets sail for pastures new, with European ex-pats now able to catch up with Top Gear and more via an official subscription iPad app

29
Myspace is sold to a little known ad network for $35 million, just five years after News Corp bought it for – oops! – $580 million

1
Foxconn, the Chinese manufacturer responsible for building the iPhone and iPad, among other things, announces plans to “hire” a million robot workers to alleviate pressures on its oft-suicidal workforce

9
Apple gets the Samsung Galaxy Tab 10. 1 banned across Europe, claiming it copies the iPad 2

19
HP decides to kill WebOS operations following poor TouchPad and Pre sales. A closing-down sale sees the device on sale for less than £100

23
Facebook shows off a new time-centric profi lepage and announces social apps integration. Spotify and The Guardian head up the new partnerships

28
The cheapest Kindle yet is launched in the UK, priced at just £89 – with inflation what it is, that's the same as a bag of apples will cost you by early 2012

4
Apple announces Siritoting iPhone 4S. Punters express sadness that it's not called the iPhone 5, then buy it anyway

10
Crisis-hit RIM is hit by a server crash which blacks-out BBM, email and internet services

11
Microsoft Kinect is crowned Gadget of the Year at the T3 Gadget Awards 2011, the most voted-on awards in our history. Go readers!

15
The Amazon Kindle Fire launches in the US; no word on a UK release yet. Master Chief and Xbox celebrate their tenth birthdays

25
Christmas day. Don't forget to buy batteries or pre-charge gifts with their own batteries