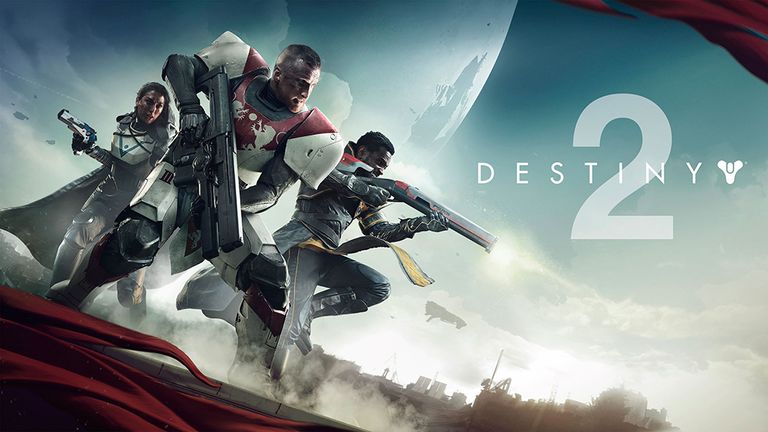 T3 loved the original Destiny and with Destiny 2 launching on September 6th for PS4 and Xbox One, and October 24th for PC, if you too are a fan of the original game then chances are you’re already counting down the days to launch like us. However, for those of you that have yet to set foot in the Destiny universe, then the upcoming beta is a great chance to jump in and try it out.

As such, T3 spoke to Destiny expert Arekkz Gaming to scope out the 10 top reasons why we think you should play the Destiny 2 beta. However, before you get stuck in, check out the game's epic E3 2017 trailer:

1. You can get game ready before launch

Videogame betas provide players with the opportunity to test a game before it launches, whilst simultaneously providing the developers with valuable feedback – more often than not this is usually the first time that hundreds of thousands of players are let loose on a game, and in the case of Destiny 2, it’ll give players a chance to test out a small slice of what the full game has to offer.

2. You can experience the start of Destiny’s cinematic campaign

To begin with, you’ll be able to experience the very beginning of the game, the first campaign mission that sets the scene and tone for the game.

If you’ve never played Destiny before, don’t worry, Destiny 2 wipes the slate clean, resets everyone to zero, and lays the foundation for a story that everyone can be a part of.

In short, an enemy alien race known as the Cabal invade Earth and lay waste to The Tower, a place we’ve called home for the past 3 years – they take everything from us, destroy everything we’ve built, and this is our starting point for the game.

3. You can test out the new abilities...

In Destiny you play as one of 3 classes – Hunter, Titan and Warlock, and each of these classes has an array of abilities at their disposal that come from what are known as Subclasses – essentially an element and set of abilities that define the way you play.

Destiny 2 introduces 3 brand new Subclasses and they’re available to test in the beta.

Hunters have the Arcstrider subclass, this gives you access to a lightning-imbued bow staff that will allow you to vault towards your enemy at incredible speed, whilst dishing out damage in all angles.

Titans get the Sentinel Subclass which is probably best described as a space Captain America. You summon a Void energy shield, and you can use this both defensively and offensively. You can advance like an impenetrable wall while your team gather behind you, or you can throw it, bounce it off walls and into your enemies.

And finally, Warlocks gain the ability to rain down fiery death on their opponents with the Dawnblade subclass. Summon a fiery sword and flaming wings, take to the skies and throw fire at your enemies.

Abilities are just the beginning, Destiny 2 has a whole arsenal of new weapons for you to test out in a number of different activities, and the beta will give you a chance to sample some of what’s new.

Weapons in Destiny 2 fall under one of 3 categories – Kinetic, Energy and Power. Kinetic and Energy weapons are very similar – here you’ll find weapons like Auto Rifles, Hand Cannons, Scour and Pulse Rifles; the main difference being that Kinetic weapons come imbued with an element.

Meanwhile the Power weapons are your go to if you want to dish out some serious damage. This is where you’ll find your Shotguns, Snipers, Grenade Launchers, Rocket Launches and more.

Every weapon is good in its own right, so the beta is a great opportunity to give all the weapons a test run and see what works for you.

Outside of the main story mission, Destiny 2 has a wide range of co-operative activities. During the beta you can take part in what is known as a Strike. Strikes are activities designed for up to 3 people where you’ll work your way through the level, fighting groups of enemies as your progress and then it all culminates in an epic boss battle at the end.

This activity will allow you to work alongside other players to achieve a common goal, but also see just how much fun can be had when you all start tying your abilities together and working as a team.

For those of you with more of a competitive edge, then the beta also has what is known as The Crucible. This is Destiny’s competitive multiplayer arena where you can face off against other players in 4v4 battles.

The beta has 2 modes to try out, Control and Countdown. Control is a zone based mode where you capture points on the map and then kill the enemy players. Kills earn you points, and the more zones you hold, the more points you get per kill.

Meanwhile Countdown is an elimination style mode, so you have one life per round, and it works around an attack and defend framework. You either have to work with your team to plant an explosive charge at one of two points, or you work with your team to stop this happening. Taking out the enemy will win you the round, as will completing your objective.

Destiny 2 is going to give players a range of new planets to explore – a new area on Earth known as the European Dead Zone, as well as planets known as Nessus, Io and Titan.

The beta will give you a chance to experience Nessus, as part of the co-operative Strike, and also get a glimpse into Midtown, a location in the Last City on Earth.

Of course a huge part of Destiny 2 is exploring, and that’s something we’ll have to do properly in the full game, but that doesn’t mean to say these new locations in the beta can’t pique your interest.

8. Face off against some new enemies

Of course with new locations, come new enemies. If you play the campaign mission you’ll already get your rather abrupt introduced to the fearsome Cabal; they’re going to be your main focus for the campaign – after all, they did destroy your home.

However your adventure to Nessus will also see you come face to face with another alien race known as the Vex. A race of machines, capable of time travel and completely different to the Cabal you would have fought up until this point.

There is another aspect to Destiny 2 – it’s not all about shooting aliens in the face with awesome weapons and abilities. Destiny 2 is a social game, and the Destiny community is one of the best out there.

During the beta, if you happen to be playing on the final day, June 23rd, the social space known as ‘The Farm’ will open up. A social space is a place where players can go and hang out, visit vendors to buy weapons and gear, meet other players to team up, hang out, dance or even play football.

The Farm can play host to up to 26 players at one time, and the beta will allow you to experience this space for a short time. This is a place that you’ll spend a considerable amount of time in when the game launches on September 6th, so why not get acquainted with it before then?

10. Know that there’s lots more to do

And finally, if you’ve done all of the above, then know that there’s more to do. The beta is just a tiny slice, a glimpse into some of what Destiny 2 has to offer. The full game is going to have much more of what you’ve experience, but also a lot of stuff you have yet to see.

So why should you play the beta? Well if cool abilities, crazy weapons, fighting off evil aliens and working together with players and friends from around the world is anything to go by, then the beta will be a great opportunity to see if Destiny 2 is for you.

For more information, tips and strategies for the Destiny 2 beta be sure to check out the awesome Arekkz Gaming via YouTube or Twitter.